The Seoul Central District Court sentenced Kim Jun-ki, former chairman of DB Group, to an imprisonment of two and a half years, suspended for four years, after finding him guilty of raping his housemaid and sexually assaulting his secretary.

It also ordered the 75-year-old Kim to undergo 40 hours of sex offender treatment and barred him from employment at child, youth and disabled welfare facilities for five years. 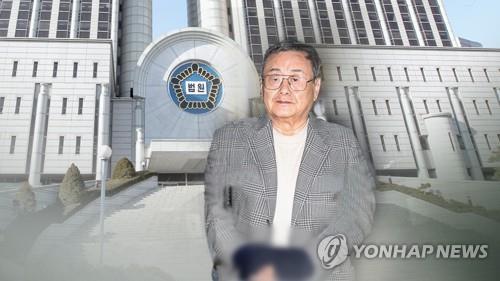 Kim left for the United States in July 2017 to receive medical treatment.

Kim returned home last October and was immediately arrested after police revoked his passport, put him on an Interpol wanted list and sought his extradition from the U.S.

DB, formerly Dongbu Group, is the nation's 43rd-largest conglomerate, with businesses ranging from construction and steel to finance.