SEOUL, April 17 (Yonhap) -- South Korea's health authorities vowed Friday to better monitor people who retested positive for the novel coronavirus, as relapse cases of the disease are rising steadily in the country.

The number of people who tested positive again for COVID-19 after making full recoveries has reached 163 since the first such case was identified on April 8, according to the Korea Centers for Disease Control and Prevention (KCDC).

The latest figure accounts for 2.1 percent of those cured of COVID-19 and released from quarantine, the KCDC said. So far, South Korea has released 7,829 patients after they were declared cured.

Of the 163 relapse cases, 109 were women. Daegu, the country's worst virus-hit region, reported the most relapse cases with 67, followed by the surrounding North Gyeongsang Province with 54. 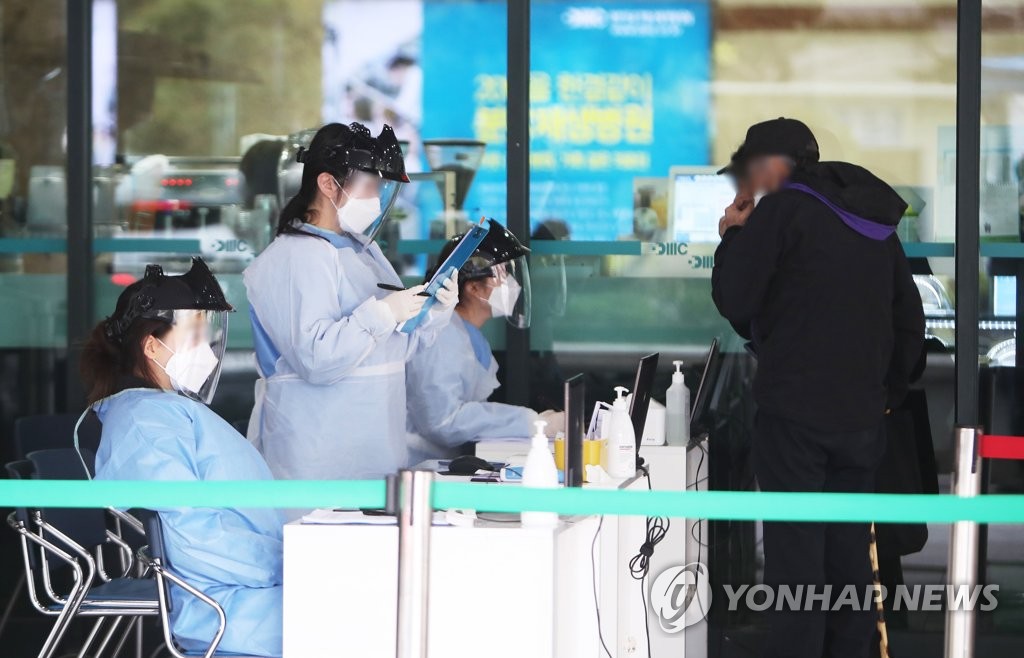 By age group, 38 relapse cases were reported among those in their 20s, followed by people in their 50s with 32 cases.

The KCDC said it took 13.5 days on average for people to be retested positive for COVID-19 after being released from quarantine.

Of the 137 cases that have clinical and epidemiological information, 61 showed symptoms again, the KCDC said.

No secondary infections have been reported from relapse cases, according to the KCDC. Of the 294 people who had contact with those who retested positive for the new coronavirus, the KCDC said it is currently monitoring 256.

Health authorities said they are conducting virus culture tests on 22 samples that it collected from people who retested positive.

Earlier this week, the KCDC released guidelines on handling relapse cases, which recommend cured patients to self-quarantine for 14 days after being discharged from hospitals. Municipal health authorities are also asked to monitor cured patients.