SEOUL, April 17 (Yonhap) -- South Korean airlines are facing a liquidity crisis, as they have suspended most of their flights but still have hefty fixed costs and debt, industry officials said Friday.

Korean Air Lines Co., the country's biggest air carrier, looks set to suffer a cash shortage later this month, as it has to repay 240 billion won (US$197 million) worth of corporate bonds maturing this month and has up to 500 billion won in fixed costs a month.

"It is urgently needed for the government to extend low-rate loans that require no collateral, to give a debt guarantee for their corporate bonds, and to cut taxes for planes and airport usage fees," an airline official told Yonhap News Agency over the phone. 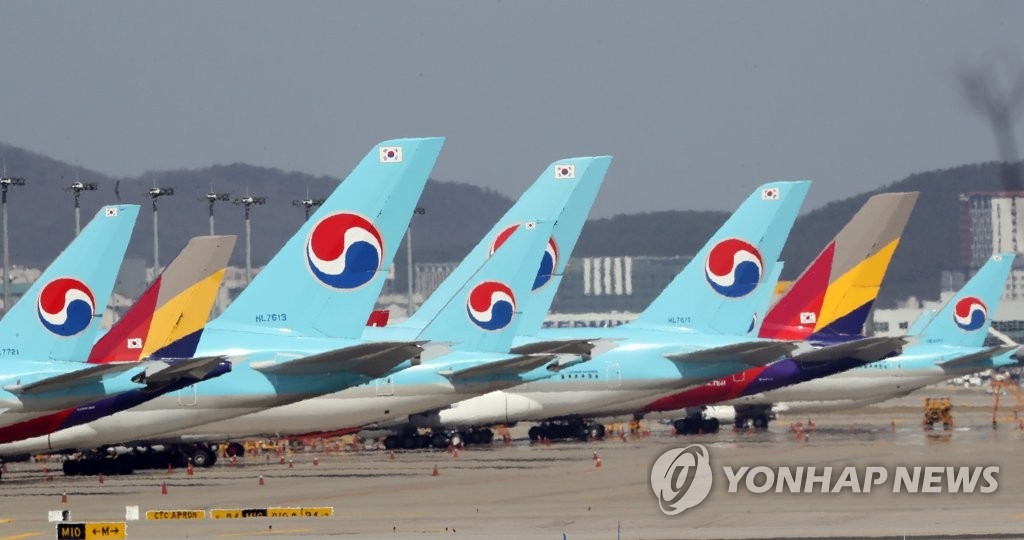 Korean Air has suspended more than 90 percent of its flights on international routes, as an increasing number of countries have closed their borders or have taken other measures related to incoming passengers.

On Monday, the national flag carrier suspended flights on the Incheon-Washington route, without giving a timeframe for when it will lift the temporary suspension.

Korean Air currently serves 50-55 flights a week on 13 international routes, sharply down from more than 900 flights on 112 long-haul routes before the airline industry was hit by the COVID-19 pandemic.

Asiana Airlines Inc., the country's second-biggest carrier, said it faces similar problems amid the spreading coronavirus outbreak across the world.

On Tuesday, the Korea Investors Service downgraded the credit rating of asset-backed securities (ABS) issued by the two full-service carriers. It lowered Korean Air's ABS rating from "A" to "A-" and Asiana's from "BBB+" to "BBB."

An airline's ABS is mainly based on the proceeds from future ticket sales and therefore serves as a key means of procuring funds for carriers.

As part of self-rescue efforts, Korean Air had 70 percent of its 20,000-strong workforce take paid leave for six months from Thursday and is in the process of selling non-core assets to secure operating costs.

Asiana also had all of its 10,500 employees take unpaid leave for 15 days in April, while increasing the limit on its credit line with two state lenders by 300 billion won to 1.1 trillion won to pay maturing debts and secure operating capital.

The two airlines are expected to report poor earnings results in the January-March quarter, and an earnings shock is likely for the year if the coronavirus outbreak prolongs throughout the year, analysts said.

Eastar Jet decided Friday to extend the suspension of its flights on domestic and international routes to the end of May and June, respectively. It was originally planning to halt all of its flights for one month through April 25.

Last month, the government announced it would inject 300 billion won into low-cost carriers.

"The COVID-19 pandemic is challenging the viability of the global air transport system as never before in history," IATA said in the letter, noting the current industry crisis is much worse and more widespread than the 9/11 terrorist attacks in the United States, the severe acute respiratory syndrome outbreak and the 2008 global financial crisis.

The association estimated the Korean air transport industry's contribution to the economy reaches US$47.6 billion, supporting 838,000 jobs and accounting for 3.4 percent of the gross domestic product in Asia's fourth-biggest economy. 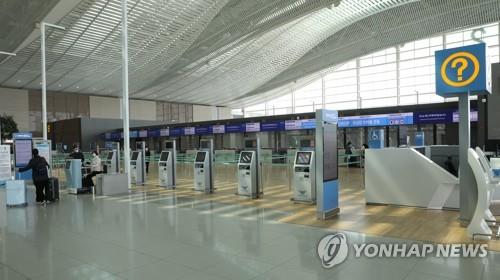