WASHINGTON, April 17 (Yonhap) -- North Korea's imports of refined petroleum products exceeded the annual limit imposed by the United Nations by up to eight times in the first 10 months of last year, a U.N. panel of experts said in a new report cited by foreign media Friday.

The annual report by the eight-member panel covered the period from Aug. 3, 2019, to Feb. 7, 2020, and summarized the findings of U.N. member states as well as the experts themselves.

It comes as nuclear negotiations between the United States and North Korea have stalled for more than a year due to their failure to match the North's denuclearization steps with U.S. sanctions relief. 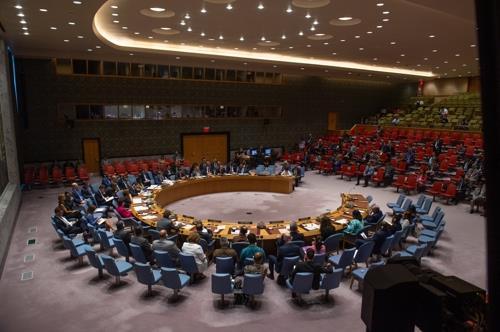 The panel said a U.S. report it received on Nov. 8 showed deliveries of refined petroleum products to North Korea that far exceeded the annual quota of 500,000 barrels imposed by the U.N. Security Council.

If fully laden, the shipments between Jan. 1 and Oct. 31 would have amounted to almost eight times the cap, it said, adding that the North employed both illicit ship-to-ship transfers and deliveries by foreign-flagged vessels.

"The procurement of refined petroleum products by foreign-flagged vessels sailing directly into Nampo, Democratic People's Republic of Korea, to deliver cargo has increased considerably in terms of the frequency of deliveries and the number of vessels involved," the report said.

"The Marine Import Terminal at Nampo is the primary port to which foreign-flagged vessels deliver refined petroleum ... In some months between June and October 2019, the estimated deliveries by foreign-flagged tankers exceeded the deliveries made by tankers of the Democratic People's Republic of Korea," it said, suggesting the assistance of other countries in North Korea's sanctions evasions.

In one instance, the panel said, the Chinese-flagged Yun Hong 8 was photographed by a U.N. member state receiving a ship-to-ship transfer of refined petroleum from a South Korean-flagged vessel in the East China Sea on Aug. 31.

"The Yun Hong 8 additionally received refined petroleum on at least three other occasions through ship-to-ship transfers with (the South Korean-flagged vessel) from July to mid-August 2019," it said. "The Panel notes that three of these four ship-to-ship transfers between (the South Korean-flagged vessel) and the Yun Hong 8 were conducted within days of the latter vessel's recorded port calls at Nampo."

The registered owner of the South Korean-flagged vessel provided the panel with all requested documentation, and investigations continue, the panel said. 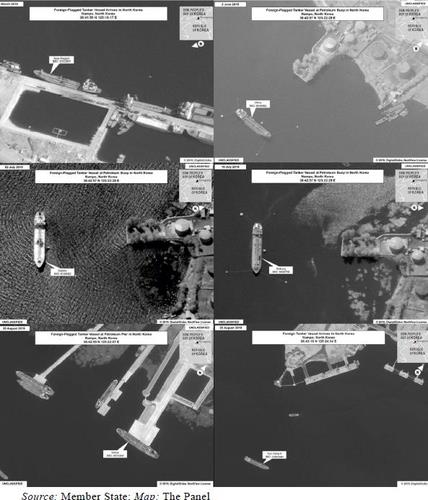 On North Korea's exportation of labor, the experts said they continued to monitor U.N. member states' implementation of a U.N. requirement to expel all North Korean workers by Dec. 22, 2019.

In addition to manual workers, the panel said, North Korea sent abroad professional athletes and medical workers to earn income that was used to support the country's nuclear and ballistic missile programs.

Among the athletes were football players in Europe, including Han Kwang-song, who joined the youth sector of Italy's Juventus Football Club in 2019, and Choe Son-hyok, who has been playing for Italy's Societa Sportiva Arezzo since 2018.

In Austria, Pak Kwang-ryong has been playing for Sportklub Niederosterreich St. Polten since 2017.

"All these players reportedly had contract terms extending beyond the due date for repatriation," the panel said, adding that a Qatari team announced in January 2020 that Han had joined it from Juventus.

"In respect of Mr. Pak, Austria replied that its competent authorities had initiated the procedures necessary to revoke his residence and work permit and to issue a return decision based on the relevant laws. The Panel has yet to receive a reply from Italy or Qatar," it said.

On North Korea's nuclear programs, the experts said they have not seen any indication of operation of the 5 megawatt reactor at the country's Yongbyon nuclear complex since the end of 2018.

North Korea's ballistic missile program in 2019 "was characterized by its intensity, diversity and
coherence," according to the panel.

"Progress was built on the program's multi-year planning process, with 2015 and 2017 as major milestones," it said. "As a result, the country now demonstrates the autonomous capacity to produce and launch different types of new solid-propellant short-range missiles, combining ballistic missile and guidance technologies, as well as a new-generation submarine-launched ballistic missile -- medium-range ballistic missile."