SEOUL/WASHINGTON, April 19 (Yonhap) -- South Korean President Moon Jae-in and U.S. President Donald Trump agreed Saturday to continue cooperation in response to the coronavirus and reaffirmed a push for humanitarian assistance for North Korea with regard to the pandemic, Cheong Wa Dae said.

In phone talks that lasted half an hour, Trump called South Korea's handling of COVID-19 the "best model," noting that it successfully held national elections earlier this week. He then congratulated Moon on his party's landslide victory in the parliamentary polls, according to Cheong Wa Dae spokesman Kang Min-seok.

The White House said in a readout that Trump congratulated Moon for his party's "strong victory" during the elections.

Moon replied that a remarkable reduction in the country's new infections was of big help to the election win, according to Kang. 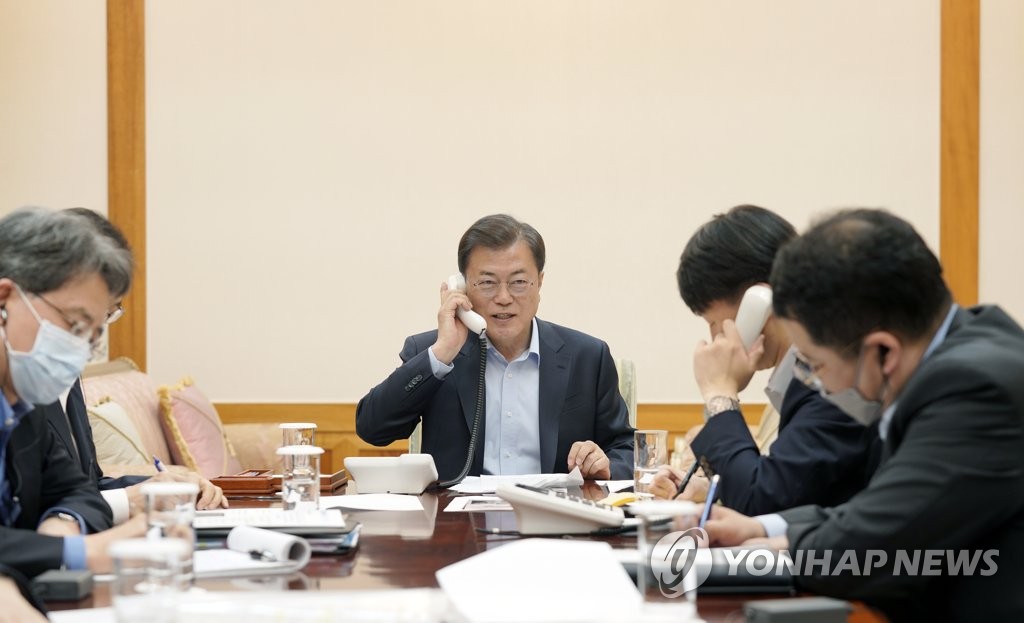 Despite an improvement in the pandemic situation, Moon added, the government is still considering whether to relax social-distancing measures.

Trump thanked South Korea for the supply of test kits, in the spirit of the Seoul-Washington alliance.

"The President also expressed his appreciation for South Korea's assistance to the United States in procuring COVID-19 tests and for its support to the American people," the White House said. "Both leaders agreed to continue working together to defeat the pandemic and restore global economic growth."

Kang said in a press statement: "The two nations agreed to continue cooperation in the quarantine field to respond to COVID-19."

On North Korea, Moon spoke highly of Trump's efforts to engage North Korea for peace on the Korean Peninsula, according to Kang. Trump said that it's natural to do so and that he would maintain the policy.

In connection with the coronavirus, they reaffirmed the principle of providing Pyongyang with humanitarian aid, Kang said.

The White House made no mention of any discussion of North Korea.

Kang did not reveal whether Moon and Trump touched on the thorny negotiations on sharing defense costs. The White House said the leaders "discussed ways to further strengthen the United States-Republic of Korea security relationship."

The phone conversation was the two leaders' second in less than a month. 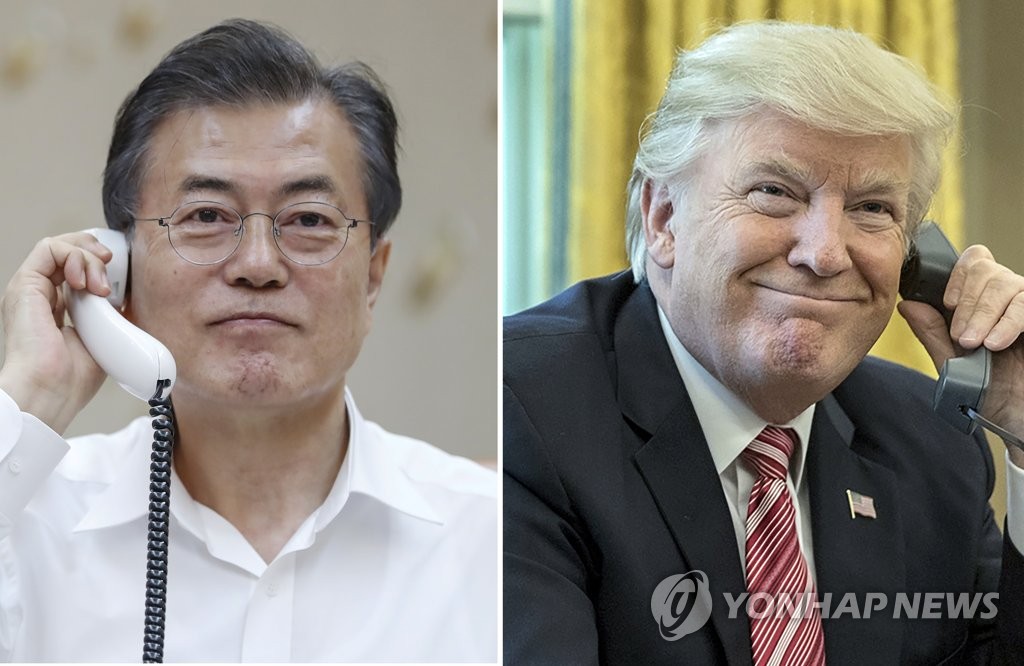