The two countries have failed to make progress in denuclearization negotiations since a February 2019 summit between Trump and Kim ended without a deal.

But the leaders have maintained their personal correspondence, with Trump sending a letter to Kim last month to offer U.S. assistance with the coronavirus pandemic. 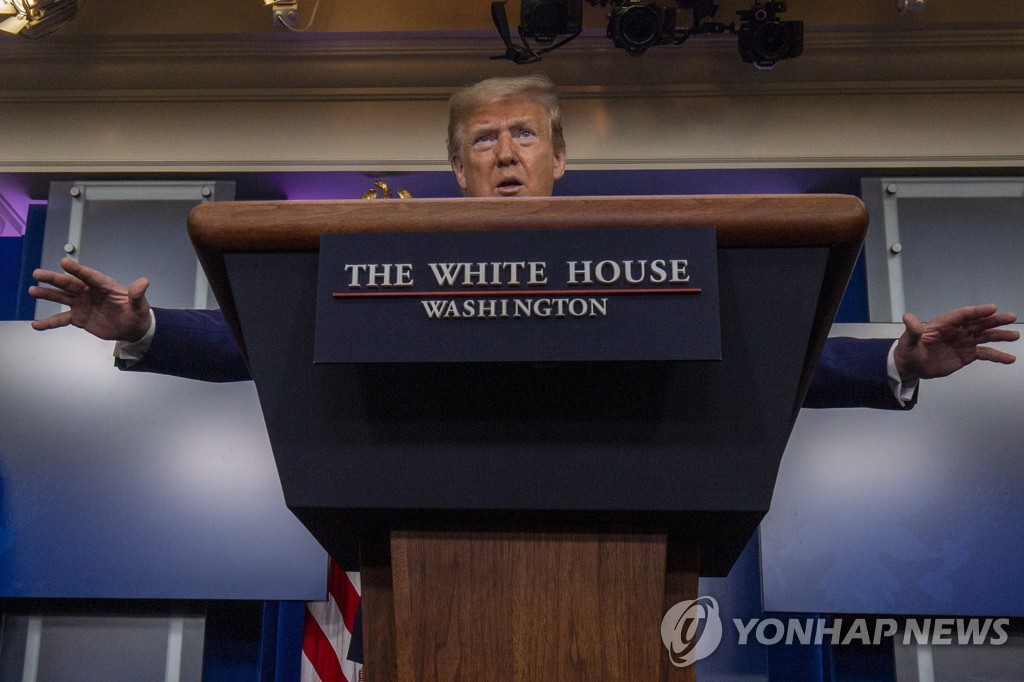 "North Korea, I see they're testing short-range missiles. Been doing it a long time," Trump said at a daily White House press briefing on COVID-19.

"I received a nice note from him recently. It was a nice note. I think we're doing fine," he said without elaborating on the contents of the message.

Trump again downplayed the North's short-range missile tests, which the communist nation resumed in March. Earlier this week, North Korea fired what appeared to be cruise missiles and air-to-ground missiles into the East Sea.

"I have a good relationship with him," Trump said, adding that had he not been elected president the U.S. would now be at war with North Korea.

"We're doing just fine with North Korea. Just fine. We'll see how it all ends up," he said.

Trump blasted his critics for alleging that he gave away too much without getting anything in return by having three meetings with Kim -- once in 2018 and twice in 2019.

He said they were "stupid people" and took credit for increasing sanctions on North Korea.

China has been "very good on the border," he claimed, apparently referring to Beijing's enforcement of international sanctions on Pyongyang.

"Right now the border is stone cold closed between China and North Korea," he said, as the North has closed its borders to prevent the spread of the coronavirus.

Whether Kim's new note will help restart nuclear talks is far from certain.

In disclosing Trump's letter last month, Kim's sister, Yo-jong, said there should be no misjudging about a possible resumption of dialogue between the countries based solely on the leaders' personal communication.