Speaking at a national ceremony to mark the movement's 60th anniversary, he said the bid is meant to "specially commemorate" the spirit of the April 19 Revolution and leave its spirit to mankind, .

"The April 19 Revolution was the first democracy movement in a newly independent country following World War II, and it was also the start of students' uprisings throughout the entire world," he said in a televised speech during the event held at the April 19 National Cemetery in Seoul.

"It's a solid root of democracy of the Republic of Korea," Moon said, using South Korea's official name. 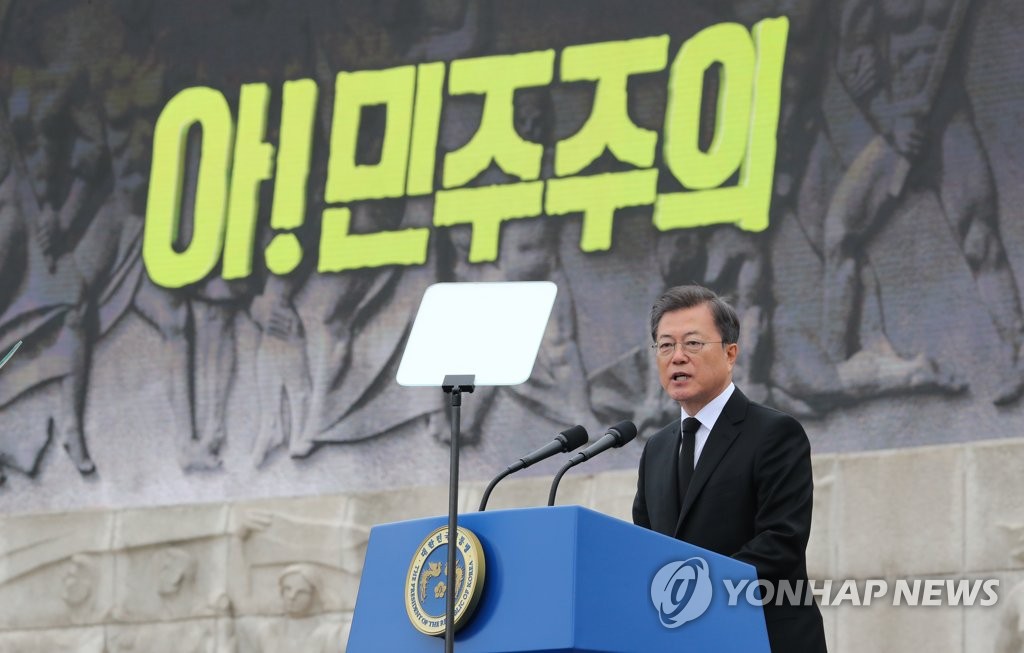 The two-week mass civilian protests, spearheaded by students protesting widespread vote-rigging in presidential elections by then-President Rhee Syngman, later led to the downfall of the Rhee government that had ruled the country for 12 years.

The revolution represented a "judgment against the forces" that ruined the democratic principle that "sovereignty rests with the people," toppling political and social oppression, according to Moon, a former human rights lawyer.

South Korea's fight against the coronavirus, he said, has been driven by the power of a mature sense of citizenship based on the April 19 spirit, in particular cooperation and solidarity.

Having effectively slowed the spread of infections, South Korea faces the crucial tasks of overcoming "the worst economic crisis" since the 1997 financial one and preparing for the post-coronavirus era with the united power of the people. The International Monetary Fund forecasts that South Korea's economy will shrink 1.2 percent this year, he pointed out.

"The key is to protect jobs," the president emphasized. "In order to maintain employment, we have to help companies and workers and protect the lives of small business owners and the self-employed."

To that end, he added, cooperation and solidary are necessary, especially between labor and management.

He said the government will first support companies that keep job cuts at bay through a labor-management deal and strive to strengthen employment and social safety nets for the unemployed. 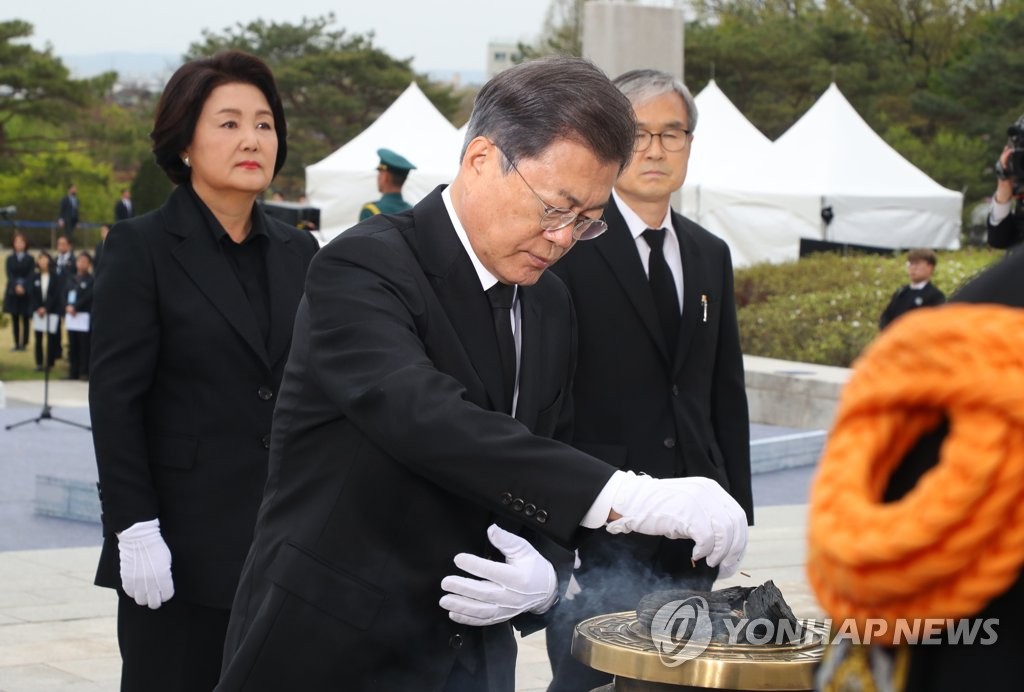 After the address, Moon paid tribute to those who were killed in the uprising. More than 200 dignitaries including political party leaders, joined the ceremony.

It was Moon's first time attending the annual ceremony, organized by the Ministry of Patriots and Veterans, since his inauguration in May 2017.

Moon's liberal Democratic Party scored an overwhelming victory in last week's parliamentary elections, which gave him a much-needed boost to a campaign to promote justice and fairness in the nation during the remainder of his presidency for the next two years.

He has often appealed to the people for national unity amid unrelenting partisan strife and social rifts.

Prime Minister Chung Sye-kyun, meanwhile, issued his own message on the anniversary via his social messaging account.

"Just as our people triumphed 60 years ago, we will score a victory down the road" against the virus, he wrote. "The April 19 Revolution constitutes a spirit serving as a basis of the Republic of Korea that has revived whenever it was in trouble. It's a spirit more needed than any other time for us now." 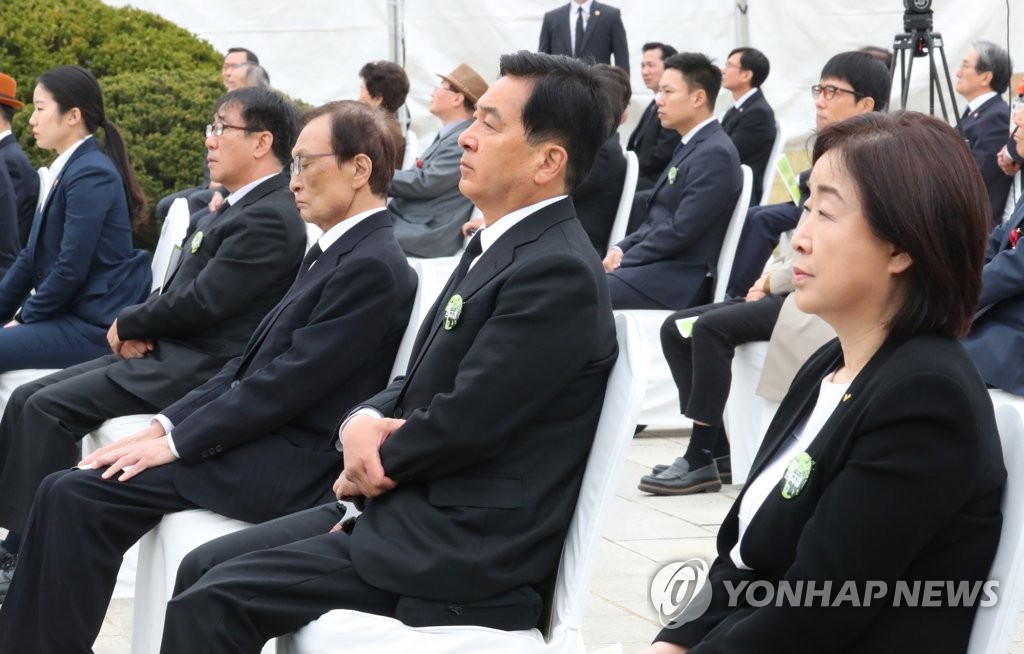