The figure for the cases, detected on Saturday, marked another decrease from a day earlier when the number of new infections reached 18, according to the Korea Centers for Disease Control and Prevention (KCDC).

Of the eight new cases, five were detected from arrivals from foreign countries. The total number of such cases reached 998, taking up around 9 percent of the overall infections.

After reporting the first case on Jan. 20, the number of daily new cases in the country stayed in the single digits through Feb. 18.

The figure, however, soon skyrocketed, centering on members of a church group in the southeastern city of Daegu and other cluster infections from hospitals.

On the back of the country's all-out efforts to contain the spread of the virus, including rolling out social distancing measures, the number of new infections announced stayed below 30 from Monday to Friday and slipped to below 20 on Saturday. 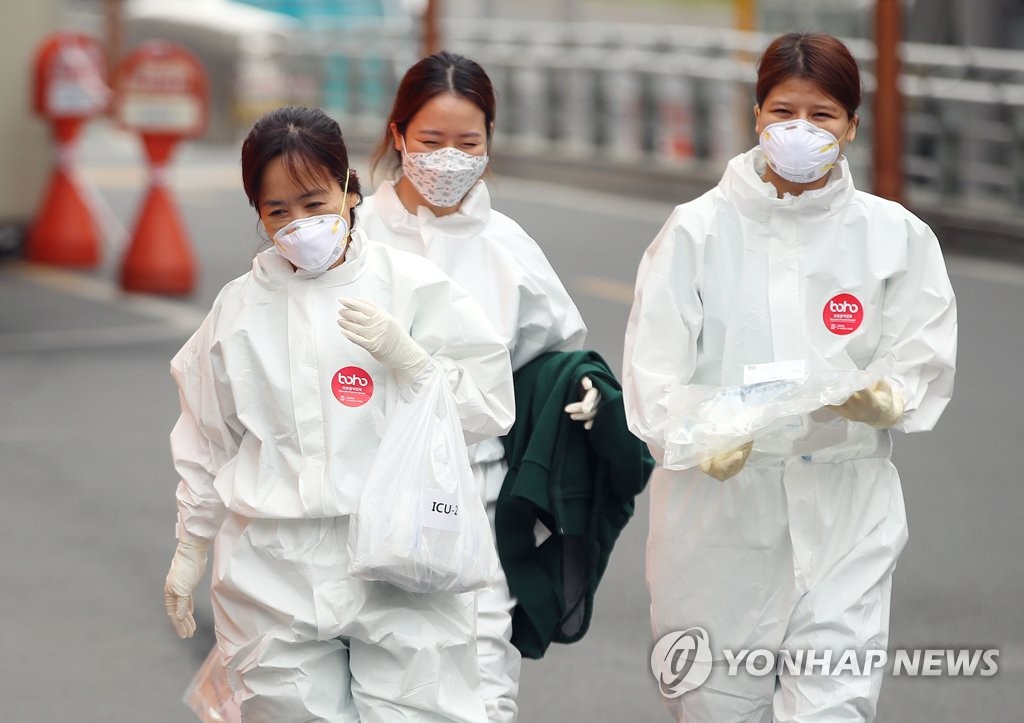 "Although the number of new infections has been decreasing, the decline was made possible due to the social distancing moves made until last week," the KCDC said in a statement. "Considering Easter and the general election, we plan to take a closer look for another week."

The KCDC said it will also make efforts to prevent potential cluster infections after three patients were reported from an Army boot camp located in the central city of Nonsan among new enlistees. All three of them were members of the Shincheonji church.

Nearly half of the total infections here have been linked to the church.

Daegu, located around 300 kilometers southeast of Seoul, currently accounts for around 64 percent of the nation's total cases.

The country has conducted virus tests on 550,109 people so far.

The latest decrease in the number of new infections, however, was also attributable to the smaller number of tests being carried out over the weekend.

Health authorities carried out 4,275 tests on Saturday, which is sharply down from 8,371 posted on Friday.

So far, patients in their 20s have accounted for the largest slice of 27.4 percent of the total infections, followed by those in their 50s and 40s with 18.2 percent and 13.24 percent, respectively. 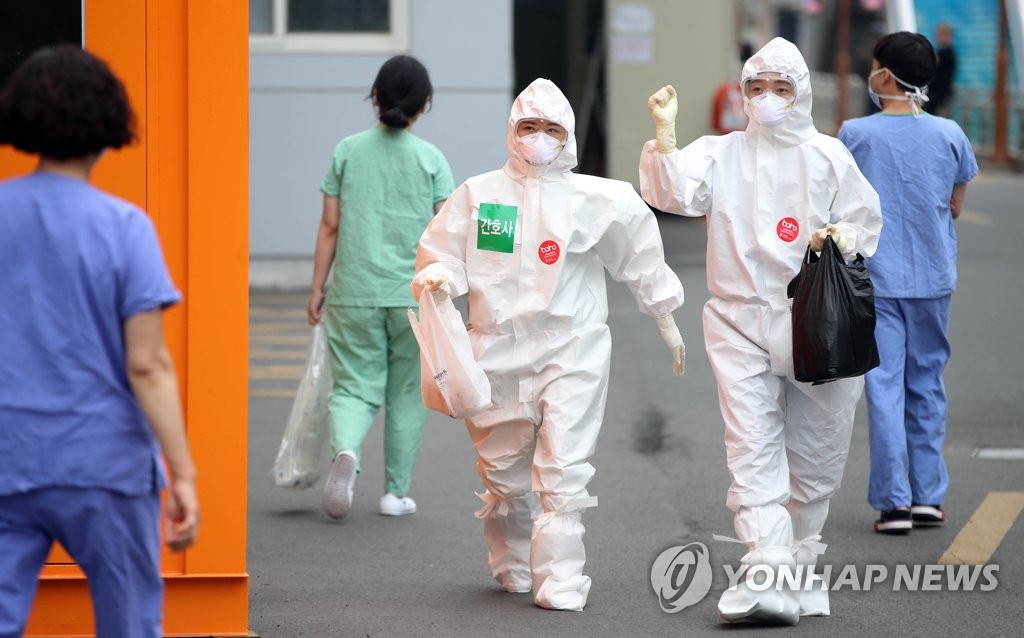