SEOUL, April 19 (Yonhap) -- An Air Force trainee has tested positive for the coronavirus, bringing to 40 the total number of virus-infected patients in the military, military officials said Sunday.

The trainee from an Air Force unit in Jinju, about 430 km south of Seoul, had already been under isolation since he entered the service early this month because he had contracted the virus before and had been treated.

He tested negative in the first test he took right after he entered the service early this month, but the Air Force placed him under isolation as a precautionary measure.

The trainee is a resident of one of the country's southeastern counties that have reported cluster infections.

The Air Force ran the test on him again before his quarantine period was about to end, and the relapse was confirmed, officials said.

He has had no close contact with other trainees, the Air Force added.

As of 10 a.m., around 1,280 service personnel were being quarantined at their bases as a preventive measure, according to the military. 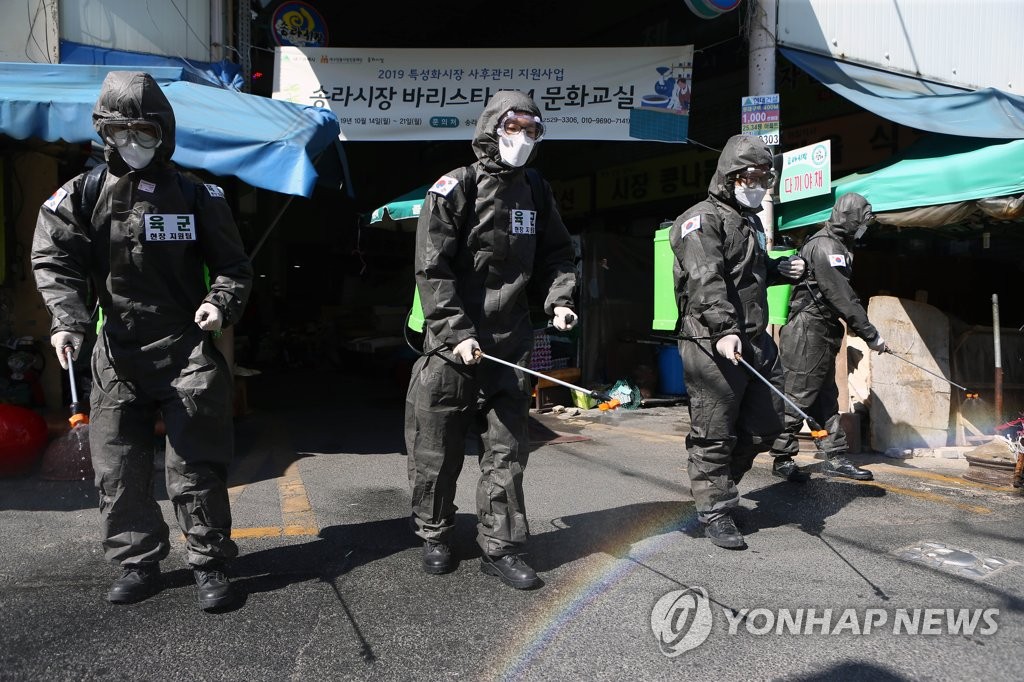