SEOUL, April 19 (Yonhap) -- Tottenham Hotspur forward Son Heung-min will begin his three-week military training this week at a Marine Corps boot camp on the southern island of Jeju to fulfill his minimum military duty after he was given an exemption from mandatory military service.

Son, 28, will join the 9th Brigade of the Marine Corps on Monday and undergo training until May 8. He earned his exemption from the military service by winning the gold medal for South Korea at the 2018 Asian Games.

Instead of serving around two years in the armed forces like other young South Korean men, Son needs to complete the basic training and 544 hours of community service over the next 34 months while being an active professional athlete.

Son is expected to join the training in private, as he has called many times through his SNS postings for his fans not to crowd near the camp amid the coronavirus outbreak. He has also stressed that he wants to comply with the government's social distancing practices.

Son returned home in late March for what Tottenham said then were "personal reasons." While in 14-day self-isolation, Son stayed in contact with Tottenham's medical staff for his injury rehab.

The Premier League has been on hold since mid-March due to the virus pandemic, and it recently announced the 2019-2020 season will only resume when it's "safe and appropriate to do so." 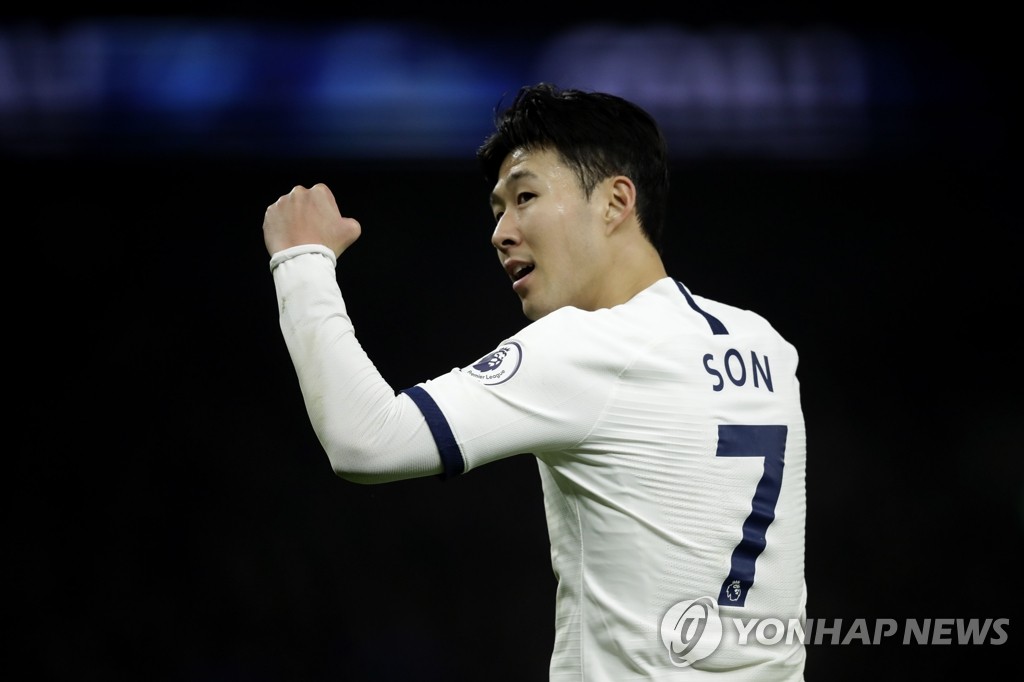