SEOUL, April 19 (Yonhap) -- South Korea's health authorities said Sunday they will continue to remain vigilant over relapse cases as the number has been rising steadily despite the slowdown in overall infections.

The number of people who tested positive again for COVID-19 after making full recoveries has reached 179 since the first such case was identified on April 8, according to the Korea Centers for Disease Control and Prevention (KCDC).

The latest figure accounts for 2.2 percent of those cured of the new coronavirus and released from quarantine, the KCDC said. So far, South Korea has released 8,042 patients after they were declared cured. 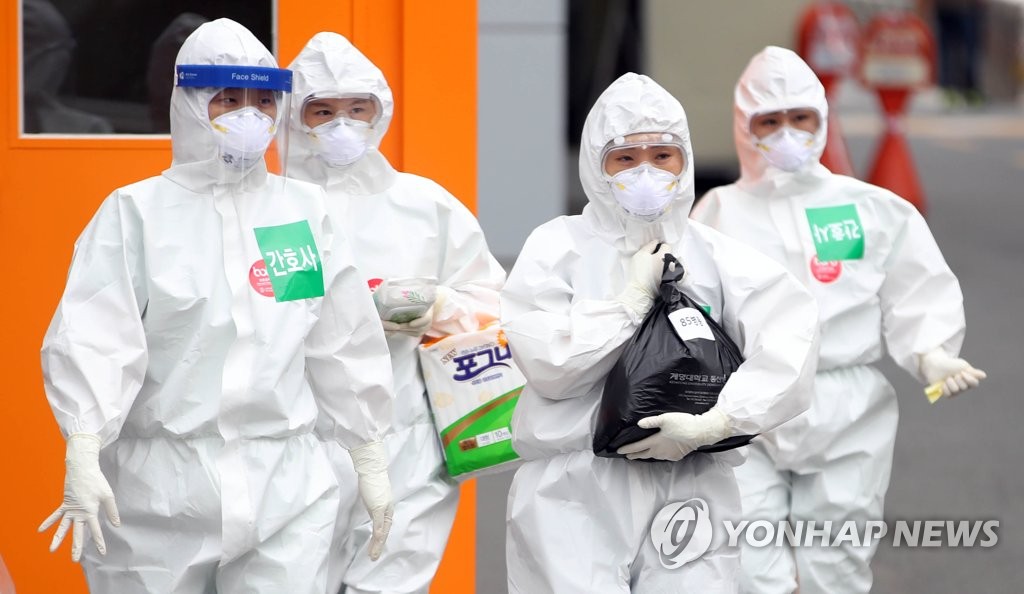 There were five relapse cases involving patients below the age of 10.

No secondary infections have been reported from relapse cases, according to the KCDC.

The authorities said they are currently carrying out studies on what has caused the relapse cases, with experts leaning more on the possibility of "reactivation" of the virus among the patients, not "reinfection."

"As most of the relapse cases were reported 13 days after patients were released from their quarantine, it is likely that the virus was reactivated due to issues related to patients' immunity, or changes in the traits of the virus," KCDC Director-General Jeong Eun-kyeong said.

"It is too early conclude whether the relapse cases cause secondary infection, as we are still monitoring the patients," Jeong added.

On Sunday, South Korea added eight new cases of COVID-19, marking the first time in around two months for the daily increase to stay in the single digits.

The country, however, has been expressing concerns over a rising number of imported cases, along with released patients being re-diagnosed with the virus.

The total number of imported cases reached 998 as of Sunday, taking up around 9 percent of the overall infections.