"President Trump used the expression 'friend' for President Moon and said the only purpose of his call was to offer congratulations," Kang told reporters.

Their conversation then moved on naturally to such other topics as the coronavirus response, related cooperation and the North Korea issue, he added.

Kang earlier issued a press statement summing up the results of the second Moon-Trump phone summit in less than a month.

But he gave some more details on the background of the talks amid continued media speculation on the reason for the call. 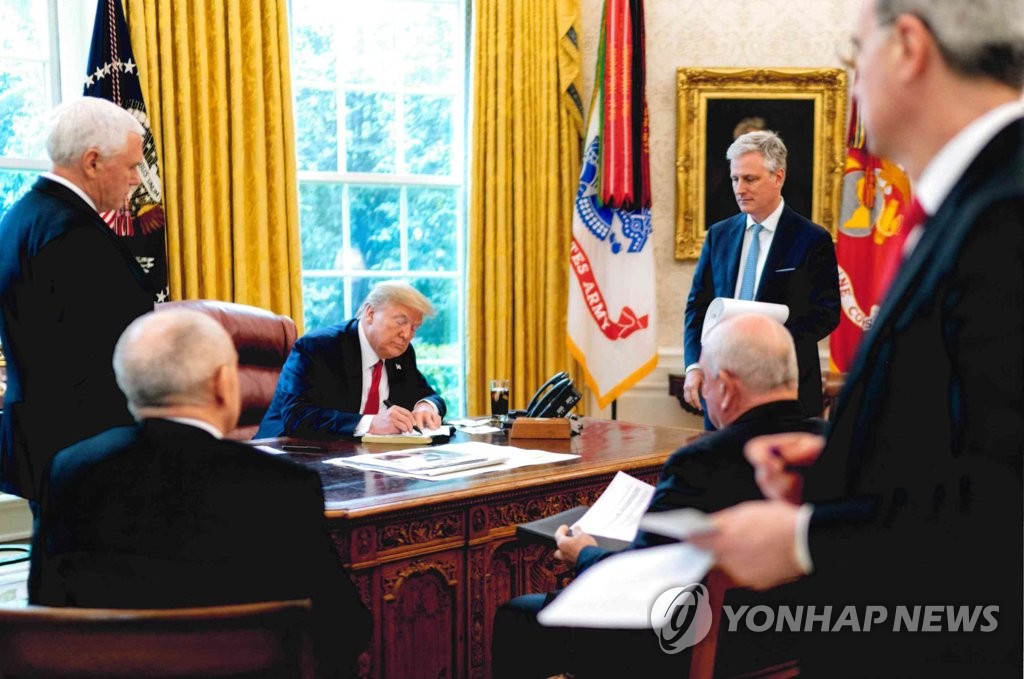 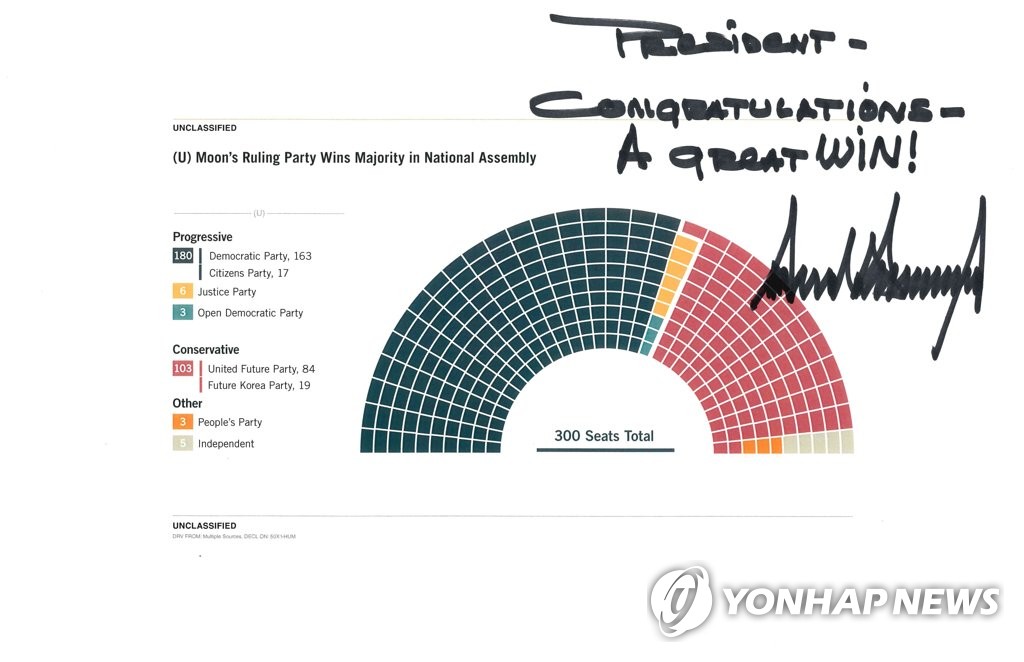 In the phone conversation, Trump talked about a "nice note" he received from North Korean leader Kim Jong-un, a Cheong Wa Dae official said later on the condition of anonymity. He would not elaborate, however, saying it's not appropriate for Cheong Wa Dae to do so.

Although they reaffirmed a principled agreement to provide North Korea with humanitarian assistance related to COVID-19, there was no new meaningful proposal or accord, he added.

A precondition for quarantine cooperation and humanitarian aid is Pyongyang's positive response, which is still absent, he stressed.

The pending alliance issue of splitting the financial burden for American troops in South Korea was not raised either, the official said.

Trump, meanwhile, thanked Moon for South Korea's supply of virus test kits and asked if it needs U.S. respirators for patients. Moon replied that his government would request them if necessary.