It would be the sharpest quarterly contraction since the fourth quarter of 2008, when the nation's economy contracted 3.3 percent on-quarter, according to the survey conducted by Yonhap Infomax, the financial news arm of Yonhap News Agency.

On an annual basis, South Korea's economy is likely to grow 0.15 percent in the first quarter, in what would be the lowest growth since the second quarter of 2009, when the economy shrank 1.2 percent, according to the survey.

The Bank of Korea will report the first-quarter gross domestic product (GDP) on Thursday.

Park Sung-woo, a researcher at DB Financial Investment, said that the coronavirus outbreak ravaged economic activities at home in February and March.

"So, I predict a large-scale contraction in the first-quarter GDP," Park said. 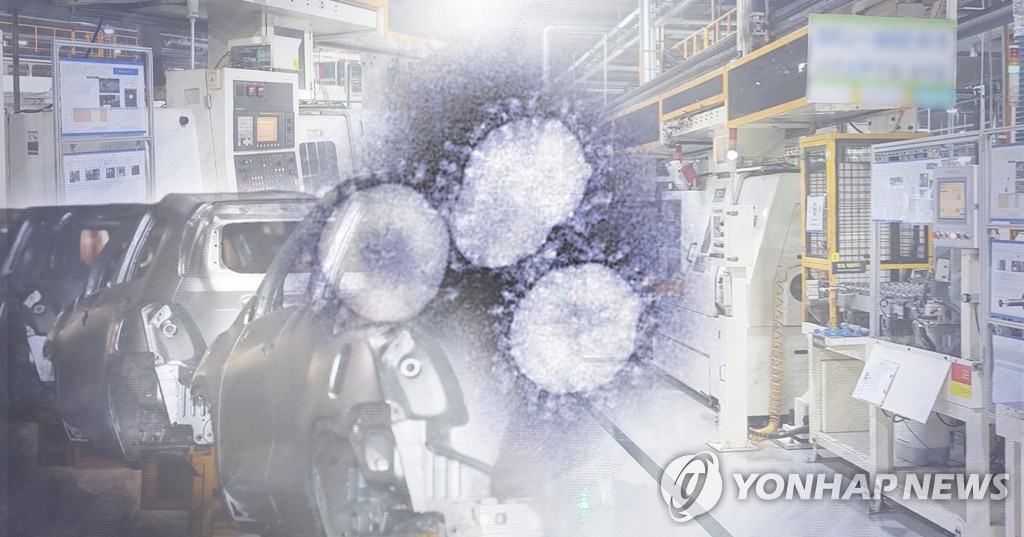 Lee Sang-jae, a researcher at Eugene Investment & Securities, also said the economy is estimated to have contracted as domestic consumption took a big hit from stricter social-distancing guidelines.

On Sunday, South Korea extended social-distancing guidelines until May 5 but softened some restrictions as the nation reported eight new infections, marking the lowest daily figure in 61 days.

The nation lost about 195,000 jobs last month, marking the sharpest monthly decline since May 2009, when some 240,000 jobs disappeared, according to the data compiled by Statistics Korea.