SEOUL, April 20 (Yonhap) -- South Korea is set to unveil a support package for the country's backbone industries this week to help them stay afloat amid the growing coronavirus impact on businesses, government officials said Monday.

The country is considering stimulus measures worth over 20 trillion won (US$16 billion) to help the airline, chipmaking, automobile, refining and other major industries hit by the COVID-19 outbreak, according to the officials.

"For instance, the government will be able to deliver a payment guarantee for corporate bonds issued by companies in the backbone industries through state lenders, such as the Korea Development Bank and the Export-Import Bank of Korea," an official from the transport ministry said.

The planned financial package would be extended to affected companies on condition that they maintain their current workforce, he said.

The package will be discussed at an emergency economy-related meeting presided over by President Moon Jae-in this week, according to the officials.

Last month, the government unveiled plans to double the size of its emergency-financing aid package to 100 trillion won for businesses hit by the virus pandemic.

The IMF forecast the global economy will shrink 3 percent, saying the coronavirus will bring the worst economic pain since the Great Depression of the 1930s. 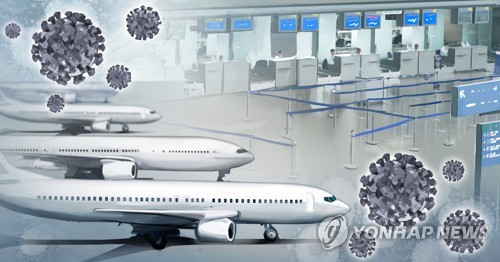