SEOUL, April 20 (Yonhap) -- Imported cases of the new coronavirus in South Korea have surpassed 1,000 amid a slowdown in overall new infections, data showed Monday, as health authorities stay alert over a steady rise of cases coming from abroad.

The total number of imported cases in the country has reached 1,006, which accounts for almost 10 percent of the country's total virus cases, according to the Korea Centers for Disease Control and Prevention (KCDC).

South Korea has managed to flatten the curve of new infections since early March, with new COVID-19 cases staying below 20 for the past three consecutive days. The country has so far reported 10,674 cases of the new coronavirus since identifying its first case on Jan. 20. 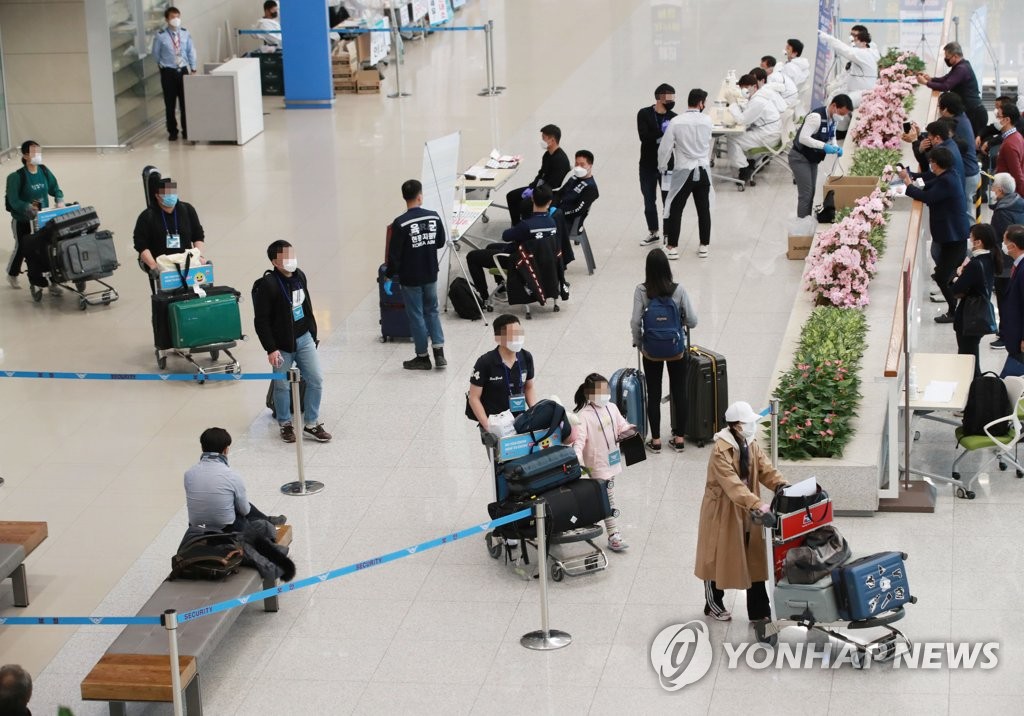 However, health authorities are still staying vigilant due to a steady stream of imported cases as they now make up nearly 10 percent of the county's total virus infections.

In particular, imported cases have accounted for more than half of the country's confirmed virus cases reported in the last two weeks.

Of the 1,006 imported cases, 91.7 percent were South Korean nationals. The KCDC said 418 were detected at border checkpoints, while 588 were identified by municipal health authorities.

By region, those from Europe and the United States accounted for more than 87 percent of the total imported cases.

Experts said South Korea is likely to deal with a steady rise in imported cases for quite some time as many countries around the globe are struggling to contain the spread of the novel coronavirus.

So far, more than 2.2 million cases have been confirmed, with the global death toll exceeding 152,000, in over 200 countries or territories, according to data from the World Health Organization. 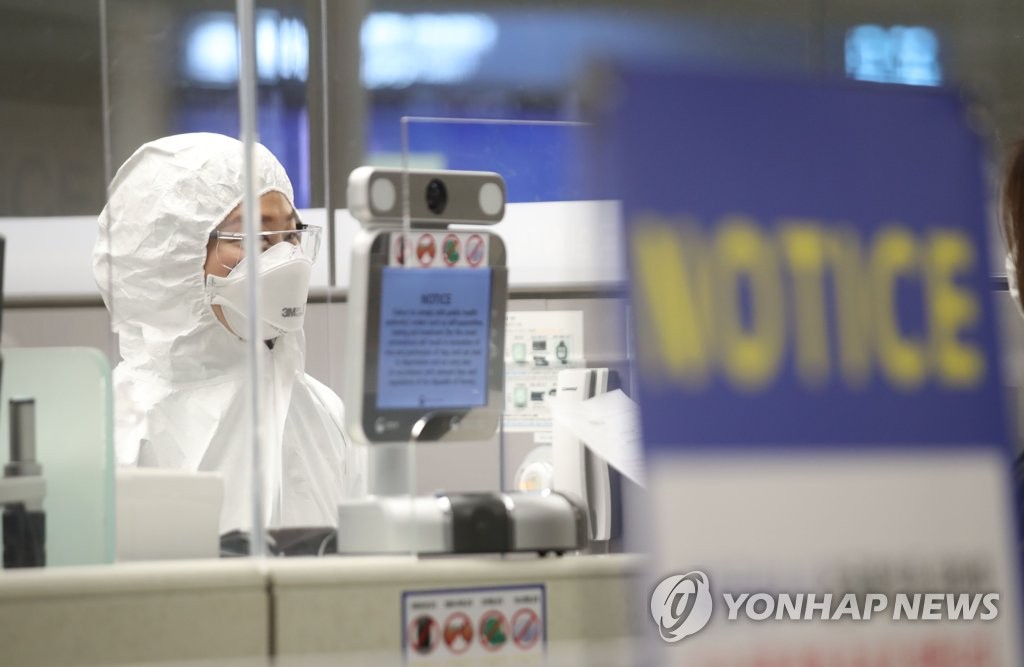 South Korea has not used draconian measures, such as a border lockdown. But in order to better control imported cases, the country has required all entrants from overseas to self-quarantine for 14 days since April 1.

Visitors without local addresses are ordered to stay in state-designated facilities at their own expense.

All travelers from Europe and the U.S. are currently required to receive virus tests regardless of symptoms.

Since last Monday, the government also has suspended visa-free entry and visa waiver programs for some 90 countries imposing entry bans on South Koreans to better curb the coronavirus inflow from abroad.

Due to such quarantine measures, health authorities said the average daily number of entrants from overseas dropped to around 4,000 last week, down from 7,000 arrivals in late March.

Since Friday, the government has asked all late-night international flights to arrive in South Korea between 5 a.m. and 8 p.m., so that travelers from overseas can undergo quarantine inspections quickly and reduce their time spent at airports waiting for transportation.