The Korea Baseball Organization (KBO) will open a truncated exhibition season Tuesday, with its 10 clubs scheduled to play four games each through April 27.

The coronavirus outbreak forced the KBO to wipe out its original, March 14-24 preseason and also postpone its March 28 Opening Day. But a recent decline in new COVID-19 cases has allowed the league to reschedule its preseason, and it's expected to announce the new regular season schedule Tuesday following a meeting with its board of governors, made up of club presidents. The 2020 regular season could begin as early as May 1. 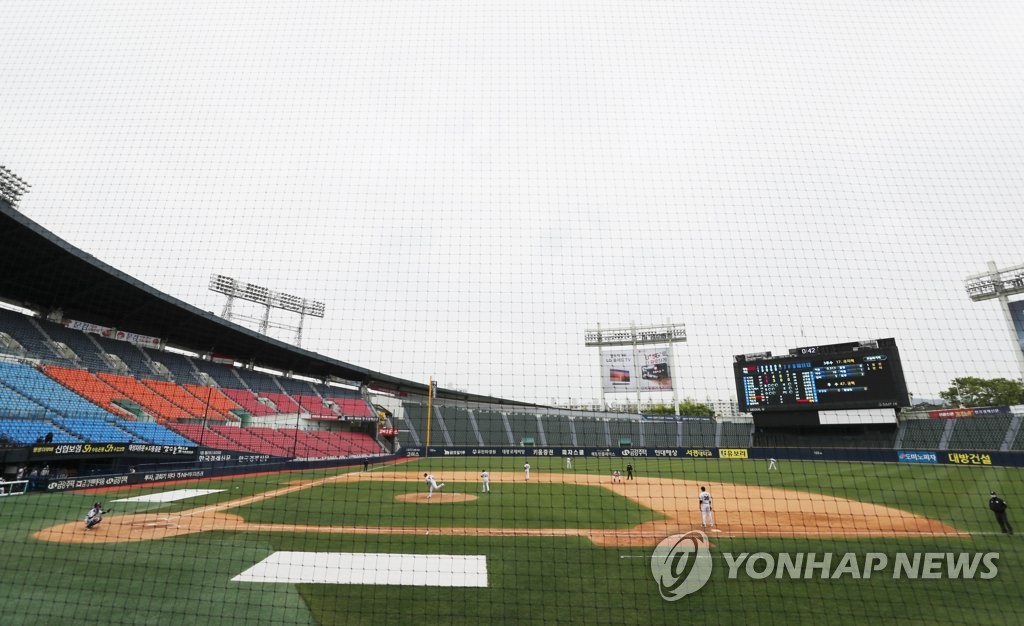 The KBO received a further boost from the government on Sunday, with Prime Minister Chung Sye-kyun easing some social distancing guidelines and saying outdoor sports games could be played without fans.

The league had already planned to hold all preseason games without fans in order to prevent the spread of the virus. And the early portion of the regular season will also be held behind closed doors.

Since the end of spring training in late February or early March, teams have been limited to playing intrasquad games at their own stadiums, with no traveling allowed. They've been alternating between practices and scrimmages for about a month, and now they'll finally get to face someone other than their own teammates.

All 20 games will be televised on cable or terrestrial networks. All games were initially scheduled to start at 2 p.m., but 10 of them have been switched to a 6 p.m. first pitch, as teams wanted to get accustomed to playing under the lights before the regular season. 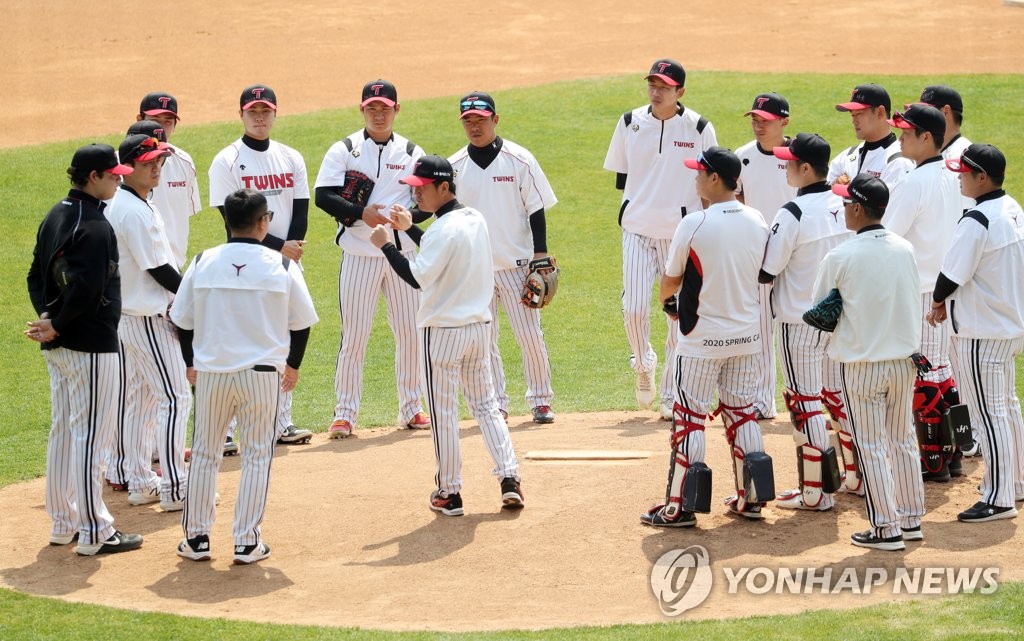 The new preseason will ensure a minimum amount of traveling, and only those in close proximity to one another will square off so that they won't have to spend the night in a road city.

For instance, three clubs in Seoul, the Doosan Bears, LG Twins and Kiwoom Heroes, will only play one another plus the SK Wyverns in Incheon, about 40 kilometers west of the capital, and the KT Wiz in Suwon, some 45 kilometers south of Seoul.

Not all pitchers will be available for the preseason. Five of the 10 teams -- the Twins, the Heroes, the Hanwha Eagles, the KT Wiz and the Samsung Lions -- had their foreign pitchers return to their home countries after spring training and then return to South Korea in late March. Upon arriving back, they were ordered into two-week self-quarantine. They rejoined their clubs about two weeks ago, and they're still ramping back up after the layoff.

Also, because teams will only play four preseason games, managers likely won't have enough opportunity to test young prospects and will have to field regulars.

Players and officials will also be required to take measures to ensure their own safety. 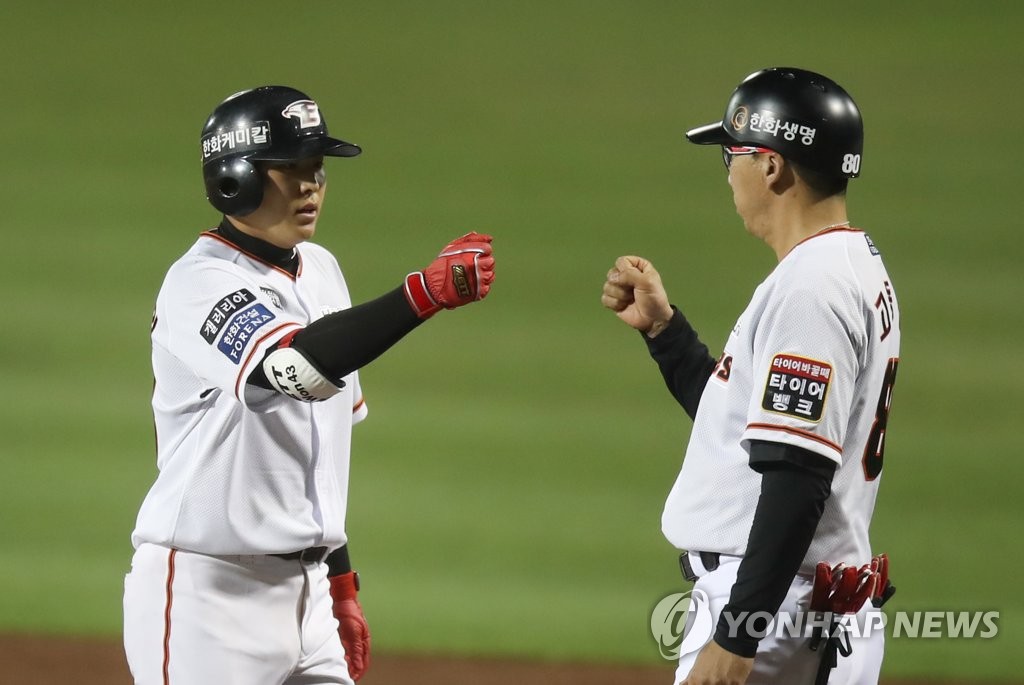 Players must have their temperature checked twice before games and fill out daily health questionnaires on a KBO app specifically built for this purpose. They'll be "strongly recommended" to wear masks in the clubhouse and in all areas of the stadium during games, except for the field and the dugout.

High-fives and handshakes with bare hands will be discouraged, and spitting will be "strictly prohibited."

All umpires must wear masks and plastic gloves, and they will be banned from making any physical contact with players. Front office employees, trainers and interpreters who travel with teams, bat boys and girls and video replay officials will also be required to don masks and gloves.

If a player shows symptoms of COVID-19 during the preseason or regular season, the player will be immediately quarantined, and the stadium where his team last played will be closed for at least two days.

And if he tests positive for the virus, a government-appointed epidemiologist will conduct contact tracing and determine others who will be ordered into two-week quarantine.

The KBO will not immediately halt play in such an instance, and it will instead hold a meeting with team executives to explore that possibility, depending on the extent of the ailing player's contact with others in the league. 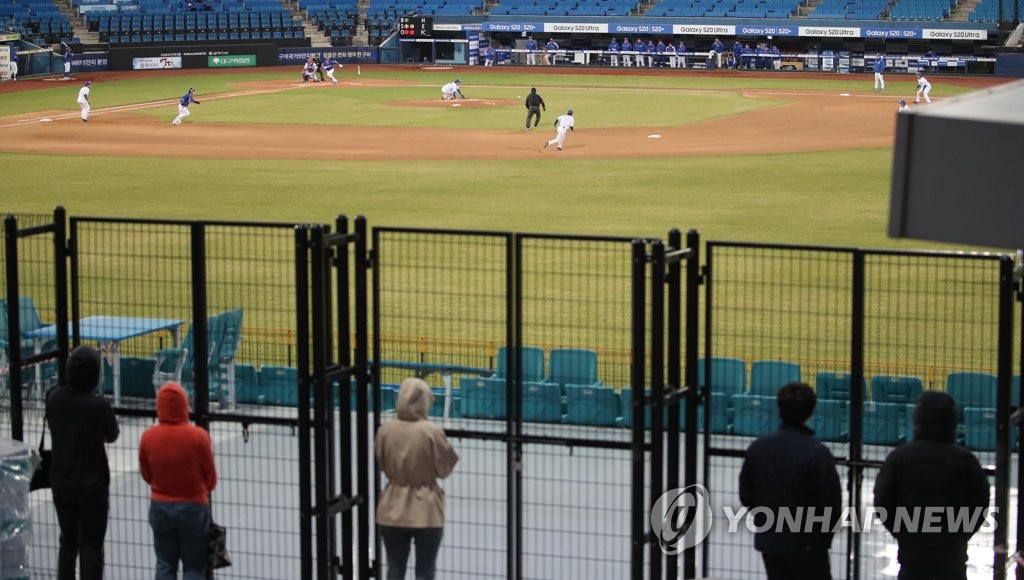 S. Korean baseball to return with preseason action this week

S. Korean baseball to return with preseason action this week