SEOUL, April 20 (Yonhap) -- North Korea's claim that it has not sent any letter to U.S. President Donald Trump recently has raised questions about whether Trump misspoke, lied or if he was simply referring to a past letter when he said he received a "nice note" from Kim.

Trump talked about the purported note during a daily coronavirus briefing at the White House on Saturday (Washington time), insisting that his relationship with Kim remained good and dismissing a series of short-range missile tests by the North as no big deal.

"I received a nice note from him recently. It was a nice note. I think we're doing fine," he said without elaborating on the contents of the message or mentioning the exact date.

But the claim was called into question less than a day later.

In an unusually quick response to what is happening outside the country, the North's foreign ministry issued a statement that denied sending any letter to Trump recently.

"He could have referred to the personal letters that had been exchanged in the past, we are not sure. But there was no letter addressed recently to the U.S. president by the supreme leadership of the DPRK," said the ministry's chief of the foreign service news department.

"We are about to look into the matter to see if the U.S. leadership seeks anything in feeding the ungrounded story into the media," the official said in a statement carried by the official Korean Central News Agency.

The official also warned against taking the relationship between the two leaders lightly, saying "relations between the top leaders of the DPRK and the U.S. are not an issue to be taken up just for diversion nor it should be misused for meeting selfish purposes."

One possibility could be that Trump might have been referring to a response that Kim could have sent to a letter that Trump wrote to Kim last month to express his willingness to provide the impoverished North with coronavirus-related assistance.

When Kim's younger sister Kim Yo-jong disclosed Trump's letter last month, she said that leader Kim "mentioned his special personal relations with President Trump again and appreciated the personal letter." She did not directly say whether Kim sent a response letter or note.

In January, Trump sent Kim a happy birthday letter in a move seen as aimed at underscoring his claim that the two remained on good terms despite the prolonged impasse in nuclear negotiations since the no-deal summit in Hanoi in February last year.

Even though the North rejected Trump's claim swiftly, experts said the North appeared to have tried to ensure the controversy does not escalate, considering the statement was relatively short and did not directly criticize Trump.

"It is likely this truth game regarding leader Kim Jong-un's letter will be dismissed as a simple incident," said Yang Moo-jin, a professor at the University of North Korean Studies.

"The fact that the statement was given by the working-level chief of the foreign service news department at the North's foreign ministry shows the North has toned down its warning, pointing out (the wrong) but still hoping this truth game does not spread any further."

Yang said Trump's "unrestrained and light-hearted" remarks may have been the main reason behind the controversy. 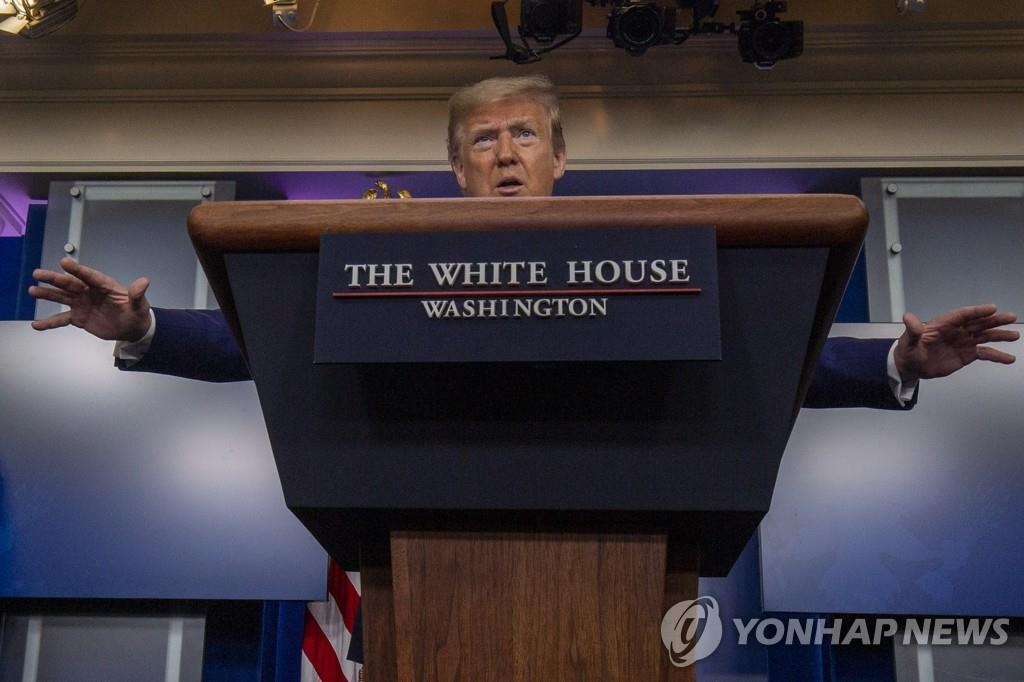