The decision came as South Korea's new daily confirmed coronavirus cases have remained under 20 for the past few days.

Despite that, however, state-run cultural facilities will continue to stay closed until the nation sees more clear signs of safety, the Ministry of Culture, Sports and Tourism said.

In addition, the National Gugak Center, the National Theater of Korea and three other national performing arts theaters, as well as seven state art companies, including the Korean National Ballet and the Korea National Opera, will remain closed or continue to suspend shows.

"The time of business resumption by those national cultural facilities will be determined in accordance with the intensity of the government's social distancing guidelines, a (future) decision to convert to the normal quarantine routine, as well as the level of each facility's preparedness for business resumption," a ministry official said.

The culture ministry initially suspended operations of the state-run cultural facilities in late February and has since extended the closure continuously as the country fights to contain the COVID-19 pandemic. 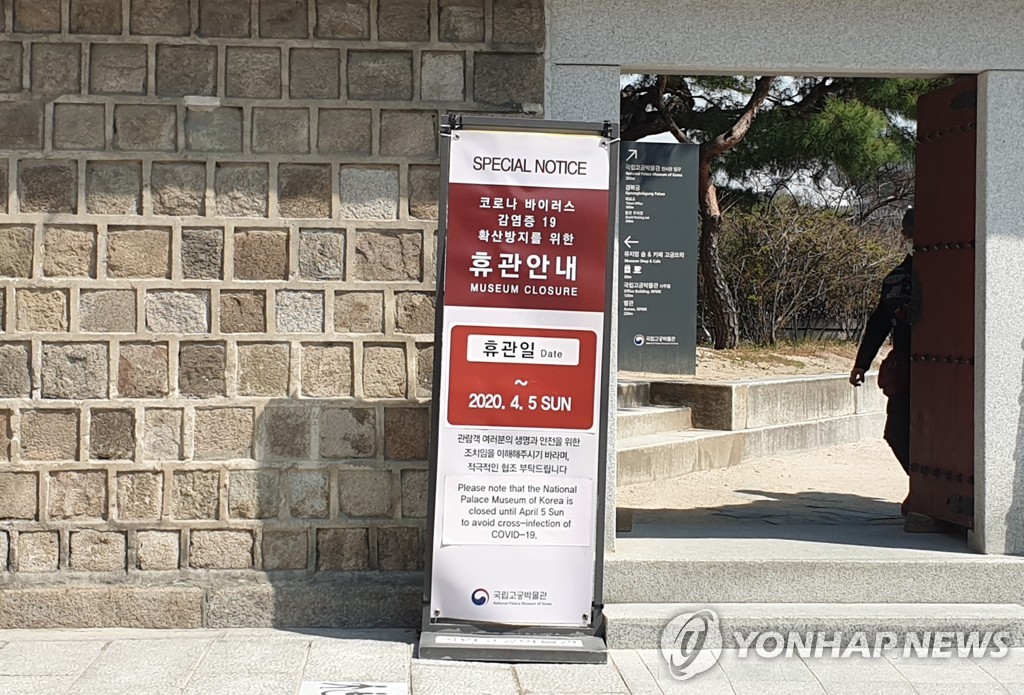