SEOUL, April 20 (Yonhap) -- SsangYong Motor Co. and its union on Monday signed a wage deal for the year amid the rising impact of the coronavirus outbreak on the automobile industry.

SsangYong workers agreed on a wage freeze as they see stable labor-management relations as key to putting the company back on track amid virus worries, the company said in a statement.

The maker of the Korando and G4 Rexton sport utility vehicles sealed a wage deal with the union for the 11th consecutive year without strikes since 2010. 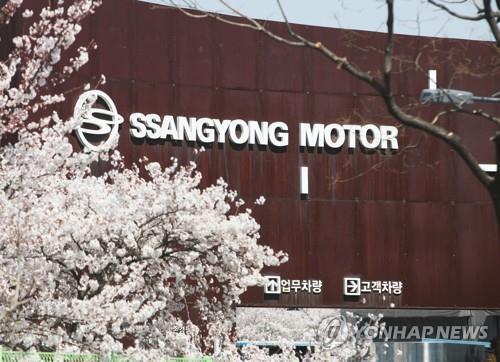 The wage deal came amid worsening performance at home and abroad.

In its own rescue measures, SsangYong already cut some welfare benefits for employees in September last year and some of their wages and bonuses in December.

Adding to its woes, its Indian parent firm Mahindra & Mahindra Ltd. recently decided not to inject 230 billion won into the Korean unit as it also faces financial difficulties due to the virus outbreak.

But it is still unclear wether the one-time injection will help the financially troubled company.

In bankruptcy proceedings in March 2011, Indian carmaker Mahindra & Mahindra Ltd. acquired a 70 percent stake in the carmaker for 523 billion won as part of its globalization strategy.