SEOUL, April 20 (Yonhap) -- The National Assembly reached an internal decision Monday to allow the guide dog of a newly elected lawmaker with a visual disability to enter the main chamber, parliamentary officials said.

Kim Ye-ji of the minor opposition Future Korea Party won a proportional representation seat in last week's parliamentary elections. Her election has sparked a debate on whether her guide dog, called Joy, should be allowed to accompany her to the main chamber.

The National Assembly has customarily blocked guide dogs from entering the plenary chamber and meeting rooms of standing parliamentary committees, citing parliamentary law that bans people from bringing in "things that could be harmful or food." 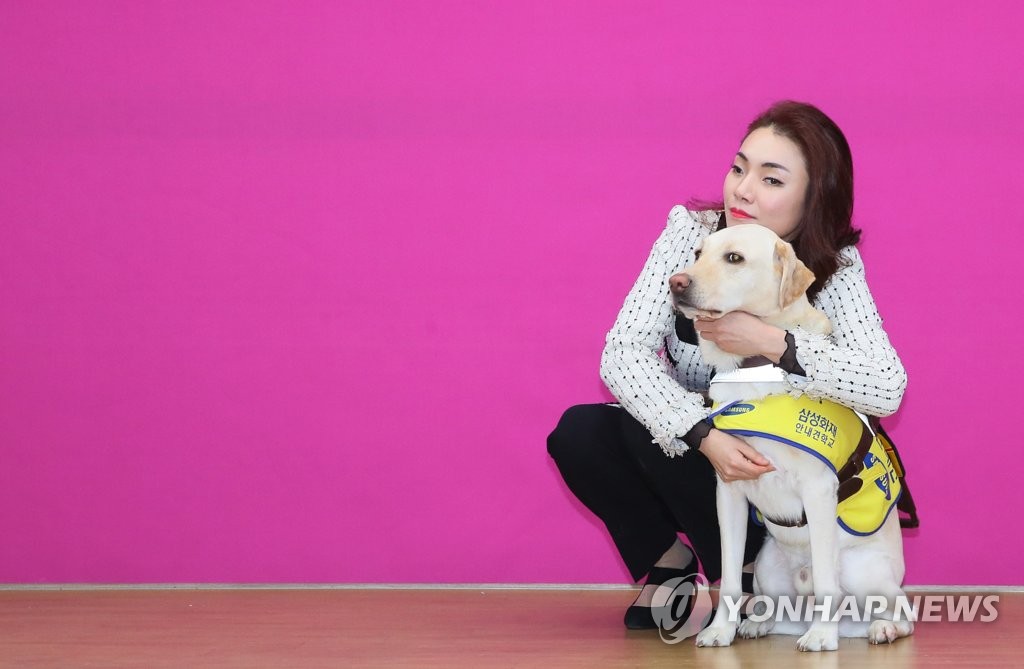 The secretariat of the National Assembly delivered its positive view about Joy's entry to speaker Moon Hee-sang, and a final decision is likely to be announced by his successor, according to a parliamentary official.

The operation of the 21st 300-member National Assembly will begin on May 30 for a four-year term. A new parliamentary speaker will be elected from among multiple-term lawmakers of the ruling party.

In 2004, the first blind lawmaker, Jung Hwa-won of the then main opposition Grand National Party, attempted to enter the main chamber with his guide dog.

But the assembly was negative toward the idea, prompting Jung to receive assistance from his aides whenever he attended plenary sessions.

Lawmaker-elect Kim stressed that building a "barrier-free" environment is a duty.

"A guide dog is the eyes of a blind person and a partner, not a thing that poses harm or food," Kim wrote on her Facebook account Saturday.

"I cannot help taking issue with the situation that a guide dog has become the subject of debate," she said.

Rival political parties are in unison over calls for the National Assembly to permit Joy's entry.

"The secretariat of the National Assembly should fully support to make sure that a lawmaker with a visual disability can exercise the same right as legislators with no disabilities." The Justice Party said.

Lawmaker-elect Lee Su-jin of the ruling Democratic Party sided with Kim, saying that parliament should take the lead in creating a barrier-free environment.

A group of disabled people, meanwhile, filed a petition with the state human rights watchdog, stressing that a guide dog's entrance to the assembly is a due right that should be guaranteed for visually impaired people.

"A Seeing Eye dog's entry is not an issue that requires someone's consideration or permission, but a right of disabled people," the group said. 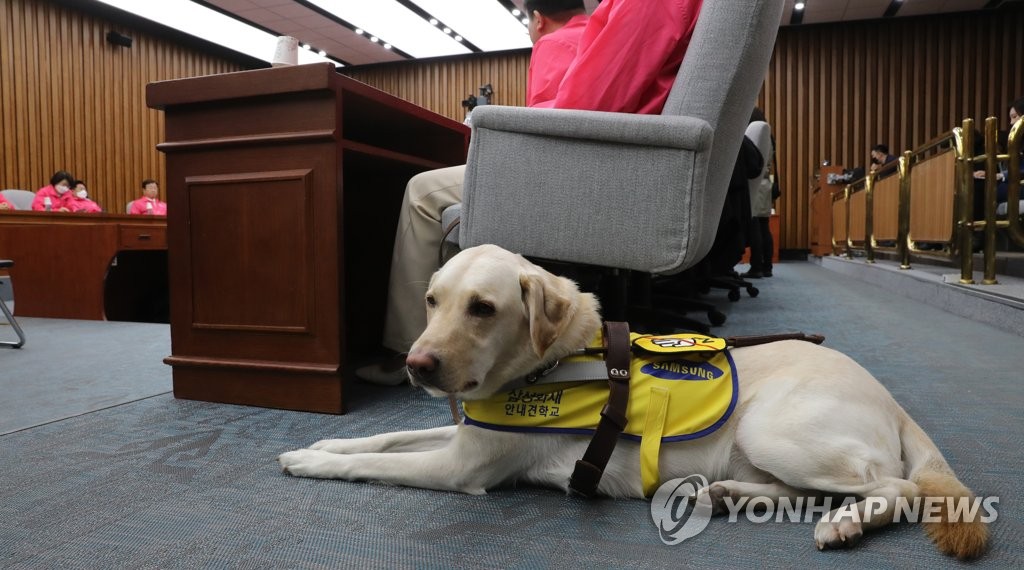