Korean Air is in talks with major securities companies to raise up to 1 trillion won by selling new shares, an investment bank official familiar with the matter told Yonhap News Agency.

"Stock offerings are one of various options the company is considering (to ride out the coronavirus crisis)," a company spokeswoman said by phone.
The company, however, did not confirm a potential capital increase with consideration.

Korean Air has suspended most of its flights on international routes, as an increasing number of countries have closed their borders or taken further measures related to incoming passengers.

Korean Air currently serves 50-55 flights a week on 13 international routes, sharply down from more than 900 flights on 112 long-haul routes seen before the airline industry was hit by the COVID-19 pandemic.

On Tuesday, the Korea Investors Service downgraded the credit rating of asset-backed securities (ABS) issued by Korean Air from "A" to "A-". An airline's ABS is mainly based on the proceeds from future ticket sales and therefore serves as a key means of operating capital for carriers.

As part of self-rescue efforts, Korean Air had 70 percent of its 20,000-strong workforce take paid leave for six months from Thursday and is in the process of selling non-core assets to secure cash.

Korean Air has to repay or refinance 240 billion won worth of corporate bonds maturing this month and shoulder up to 500 billion won in fixed costs a month. 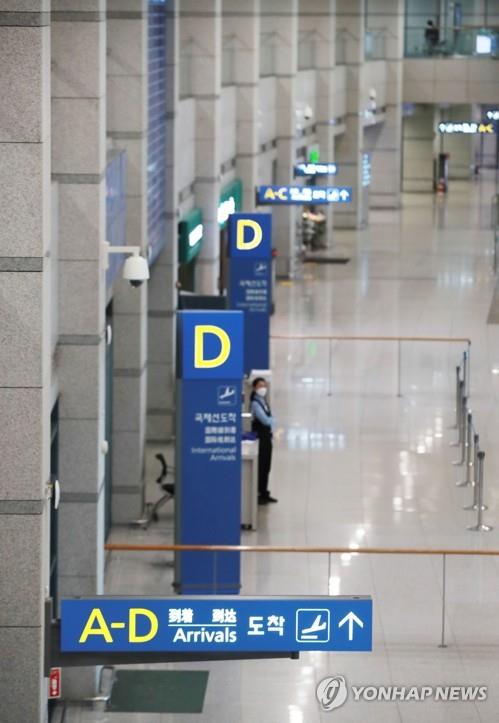 It is urgently needed for the government to extend low-rate loans that require no collateral, to give a debt guarantee for their corporate bonds, and to cut taxes for planes and airport usage fees, industry officials said.

Korean Air is widely expected to report poor earnings results in the January-March quarter, and an earnings shock is likely for this year if the coronavirus outbreak prolongs throughout the year.