SEOUL, April 20 (Yonhap) -- South Korea will officially apply for the UNESCO listing of historic records documenting the country's symbolic public democratization movement in 1960 as early as the first half of 2021, according to the national heritage agency.

Speaking at a national ceremony marking the 60th anniversary of the April 19 pro-democracy revolution Sunday, President Moon Jae-in announced a bid to have a set of documents featuring the historic event inscribed in UNESCO's global Memory of the World Register.

"The April 19 Revolution was the first democracy movement in a newly independent country following World War II, and it was also the start of students' uprisings throughout the entire world," Moon said of the significance of the event. 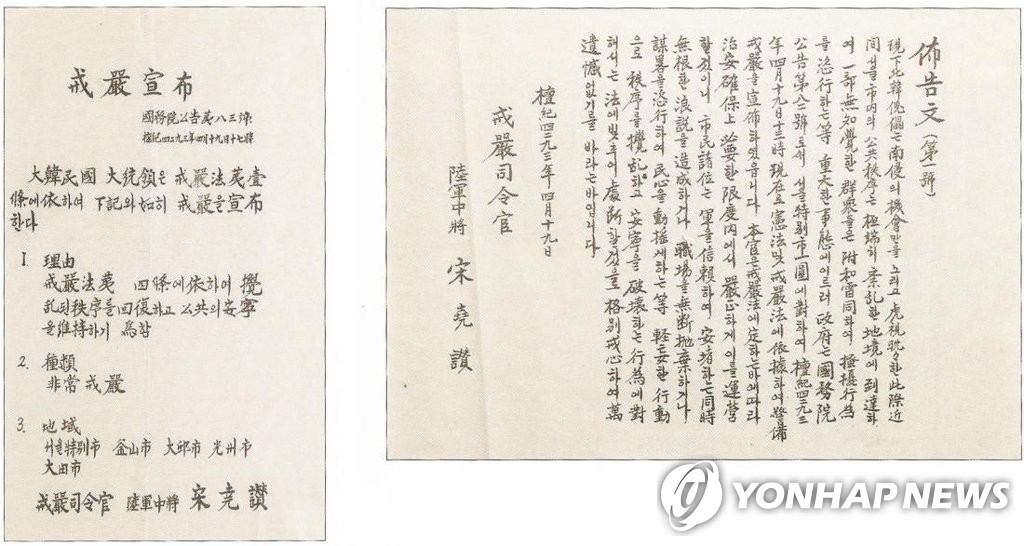 According to the Cultural Heritage Administration (CHA) in charge of the matter, South Korea's bid for the UNESCO inscription is already under way.

Having decided to pursue an entry into the UNESCO list during a meeting of the local Cultural Properties Committee in 2017, the administration was supposed to have it judged by UNESCO's International Advisory Committee by 2019 if the application were filed as planned.

But the application process for the Memory of the World Register is currently on hold as UNESCO is on course to revamp the related procedure.

According to an official at the CHA, UNESCO has, since 2015, been in the process of shoring up the transparency of the Memory of the World Register and its application procedure has been out of service since December 2017.

"With UNESCO's Executive Board planning to wrap up the reform drive by this year ... South Korea plans to submit the application for April 19 Revolution records as early as in the first half of next year and then it will be able to get the final decision on the inscription in the latter half of 2022," the official said.

So far, South Korea has 16 entries in UNESCO's Memory of the World Register, including a set of historic documents featuring the country's May 18 pro-democracy movement in 1980.

The document subject to the application is composed of some 2,700 pieces of public and private records -- media reports, personal memos and government investigation records, as well as photos and video clips -- that testify to the initial stage of the revolution in the southern city of Daegu leading up to the final overthrowing of the government of then President Rhee Syng-man over vote rigging in presidential elections.

Months of pro-democracy protests across the country, spearheaded by students calling for transparency in presidential elections in March 1960, culminated in the April 19 Revolution, which ended Rhee's 12-year rule. 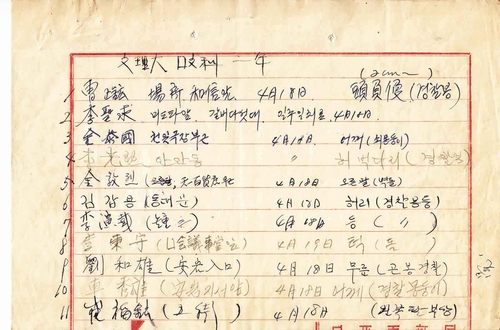 S. Korea to apply for UNESCO listing of democratization records as early as 2021

S. Korea to apply for UNESCO listing of democratization records as early as 2021