To stem the spread of the novel coronavirus, Vietnam has prohibited the entry of all foreign nationals since March 22. The entry restriction is scheduled to run until the end of this month.

But some 350 workers from Samsung Display and its affiliates already entered Vietnam last month after the Vietnamese government granted them special entry. 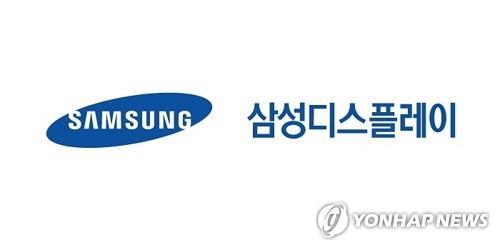 Samsung Display has been discussing the entry of its employees with the Vietnamese government so that the company can complete the upgrade of OLED module production lines at its factory in Bac Ninh.

Vietnam has been exempting South Korean workers from its entry restrictions recently. Last month, it granted entry to some 250 workers from LG Group affiliates and their subcontractors.

An additional 200 workers from LG Electronics Inc., LG Display Co. and LG Innotek Co. are to arrive in Vietnam on a chartered flight on Thursday, according to sources.

The Vietnamese government has also approved entry of some 400 workers from small- and medium-sized South Korean companies, they said.

Meanwhile, Samsung Display said its Bac Ninh factory is under normal operation following a partial shutdown of facilities last week. The company had to shut down a part of the factory after one of its workers there tested positive for the new coronavirus, although it didn't stop production lines.

According to Vietnamese media, all 221 workers who had contacted the virus-infected worker tested negative for COVID-19.