Son will be in camp until May 8, fulfilling requirements of the military service exemption he earned by winning the men's football gold medal for South Korea at the 2018 Asian Games. 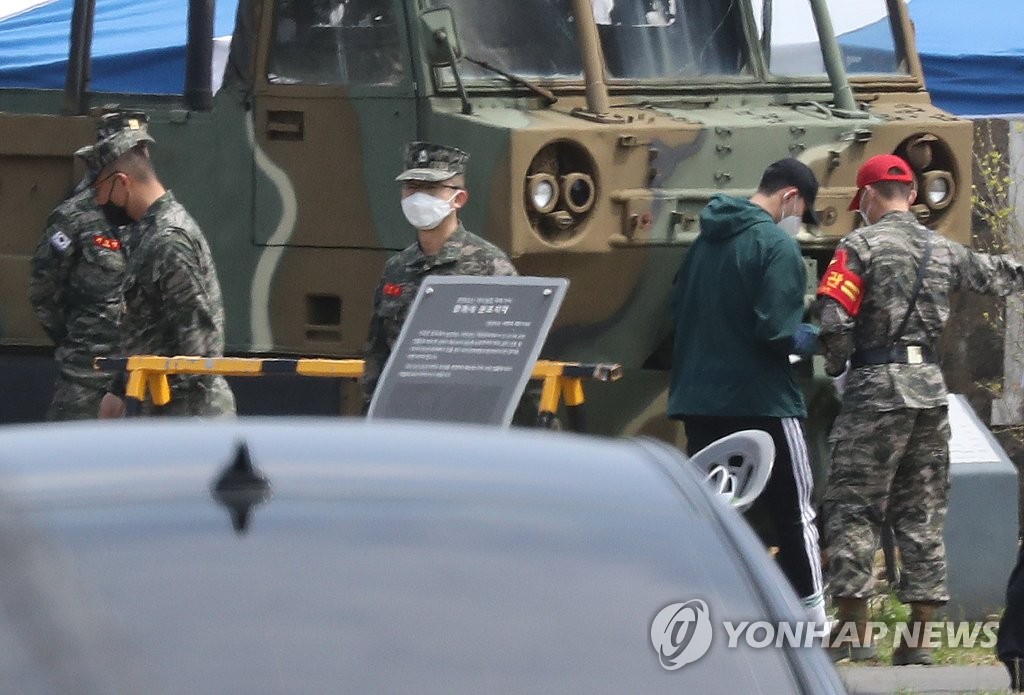 Able-bodied South Korean men must serve about two years in the armed forces. But Son only needs to complete basic training and 544 hours of community service over the next 34 months while remaining an active professional athlete.

The Premier League season has been on hold since mid-March due to the coronavirus pandemic, and Son returned home later in the month to continue his rehab from a forearm injury and to complete his military training. With the league unlikely to resume any time soon, Son saw a window to get his training done this spring.

Through his social media, Son had urged fans and journalists not to show up at the camp, in line with the government's social distancing drive amid the coronavirus pandemic.

Some 80 of Son's fans and local residents still saw the player off, while about 20 members of the media tried to capture the moment.