During his budget speech at the National Assembly, Prime Minister Chung Sye-kyun stressed the need to immediately pay out the money, citing the urgency to minimize the economic fallout of the COVID-19 pandemic.

The government submitted a supplementary budget bill worth 7.6 trillion won (US$6.23 billion) last week that calls for providing 1 million won to four-person households in the bottom 70 percent income bracket.

"The emergency relief aid will help stabilize the livelihoods of people who are struggling to cope with the economic impact of the outbreak and boost consumption," Chung said.

"An immediate execution (of the extra budget) is the most important as it is a project that is being pushed in response to the national crisis," he noted.

Whether to expand the beneficiaries of the aid package to all households was intensely discussed during a consultative meeting among ruling party, government and presidential officials on Sunday. But they failed to reach a conclusion.

In the run-up to the April 15 parliamentary elections, the ruling Democratic Party pledged to pay 1 million won to all households in an apparent effort to win over voters.

But the finance ministry largely remained cautious about the DP's proposal, as the government would have to issue debt-covering bonds worth 3 trillion won, thereby causing financial soundness to worsen.

Chung called for people's understanding and cooperation regarding the size of the government's extra budget bill.

"To take into account equality among beneficiaries and limited resources, the government has excluded some high-income earners from the recipients," he said.

Lawmakers are expected to further discuss whether to increase the size of an extra budget.

In March, the National Assembly approved an 11.7 trillion-won extra budget bill designed to strengthen quarantine measures and minimize the economic fallout from the new coronavirus. 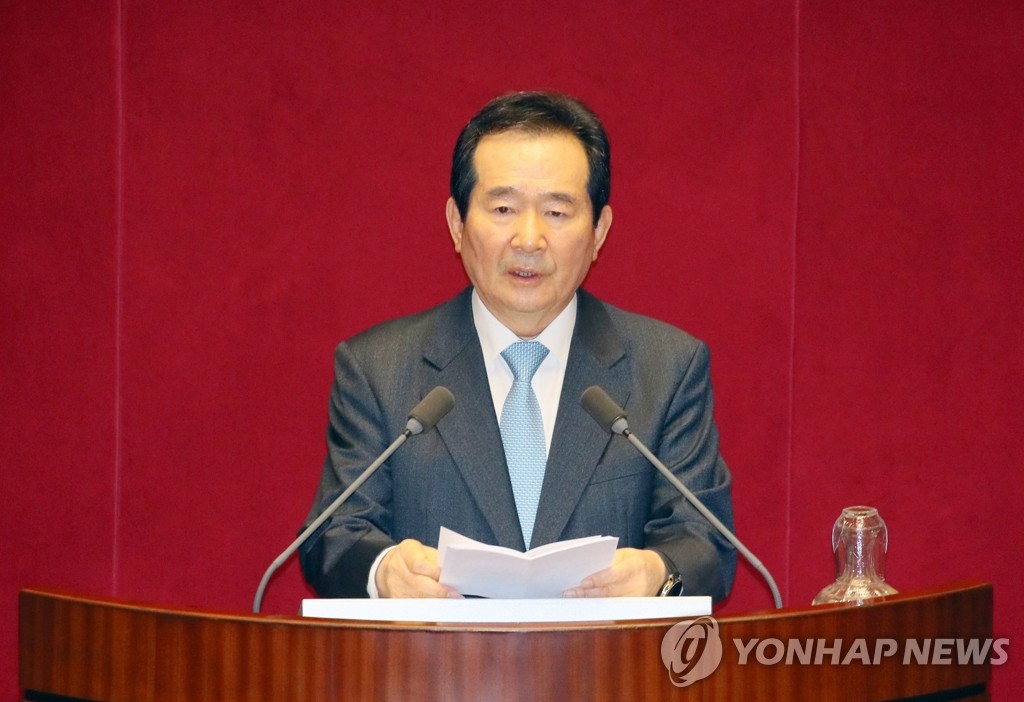