SEOUL, April 20 (Yonhap) -- Defense Minister Jeong Kyeong-doo has warned of stern punishment for misconduct and other lapses in discipline, his office said Monday, in the wake of a series of embarrassing incidents at the barracks, such as noncommissioned officers molesting a same-sex superior officer.

In a letter to all service members, the minister said there were a number of incidents that loosened the military's discipline, referring to cases of violation of human rights, insults of superiors and involvement in a digital sex crime.

"There should never be acts of violating rules and destabilizing the military's discipline, and those cases will be sternly dealt with according to law and regulations," the minister said in the letter sent Sunday.

Earlier in the day, the defense ministry said an Army corporal is under a probe over allegations of hitting a female captain with a folding shovel earlier this month, inflicting injuries requiring two weeks of medical treatment.

In early April, the military arrested a private first class over his alleged involvement in a high-profile sexual blackmail case that has ignited public fury over the exploitation of women and girls through online group chat rooms.

The Army is also mulling whether to punish a general over complaints he mobilized soldiers to build a chicken coop at his residence.

"In any case, due exercise of the right to command under the law and regulation should be guaranteed, while at the same time, there should be no cases of infringing upon service members' human rights," the minister said. 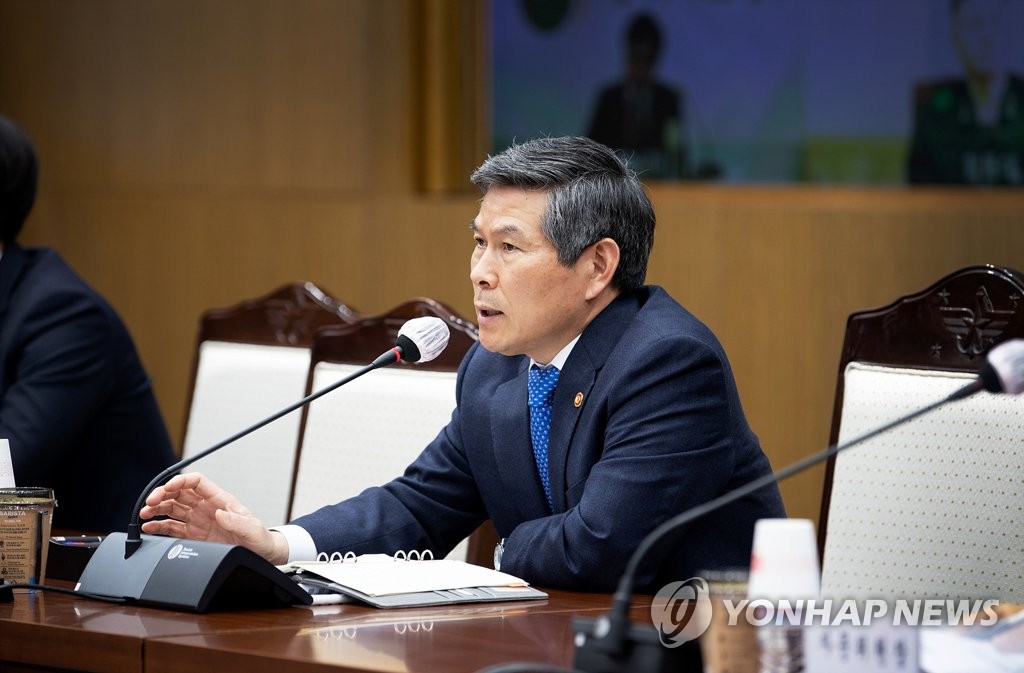