The third-year guard for the KT Sonicboom in the Korean Basketball League (KBL) earned his first regular season MVP honor, collecting 63 out of 111 votes from the media. DB Promy center Kim Jong-kyu had 47 votes.

Heo, the first overall pick at the 2017 draft, led the KBL with 7.2 assists per game, and ranked second among South Korean-born players with 14.9 points per game. 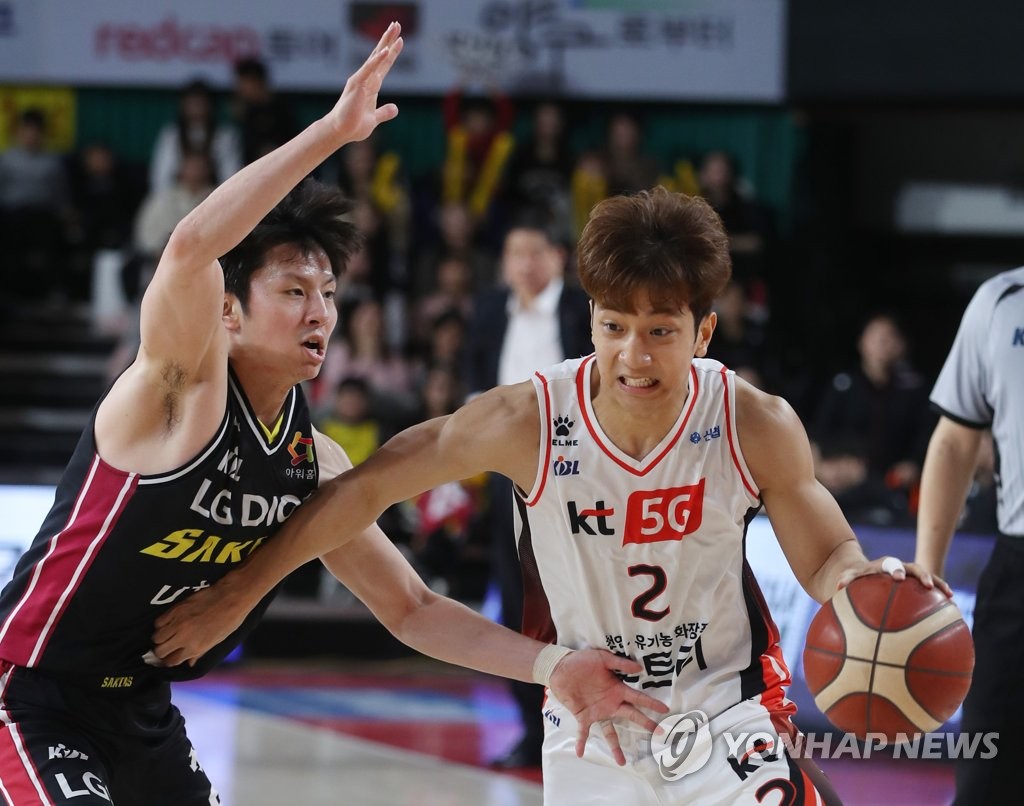 In October, Heo, 24, tied a KBL record by draining nine consecutive three-point field goals in a game. In February, he put up 24 points and 21 assists, becoming the first player in league history with over 20 points and 20 helpers in the same game. Heo was also the leading vote getter for January's All-Star Game.

Heo is the first member of the Korean basketball family to win a regular season MVP award as a pro.

His older brother, Heo Ung, is also a KBL regular, but he has not yet threatened to win the top individual award in his five seasons. Their father is widely regarded as the greatest South Korean basketball player ever, but his prime came during the semi-pro days of the early to mid 1990s. Hur Jae spent eight seasons in the KBL, which was launched in 1997. He won a playoff MVP but never the regular season award.

Heo Hoon said his father's MVP is no different than his own and added, "I am honored to join him as an MVP."

"I didn't think I could win this award," he said. "I just tried to help the team win and play hard each and every game. I heard some MVP talk in the second half of the season, and I started getting a bit conscious from that point."

Despite Heo's heroics, his Sonicboom finished the abbreviated season with an underwhelming 21-22 record, good for the sixth and final playoff spot.

"I'd love to win a title with this team and win another MVP award as a champion," Heo said.

Heo received 10 million won (US$8,200) along with his MVP trophy and said he's going to donate it to a charity to help with COVID-19 quarantine efforts. 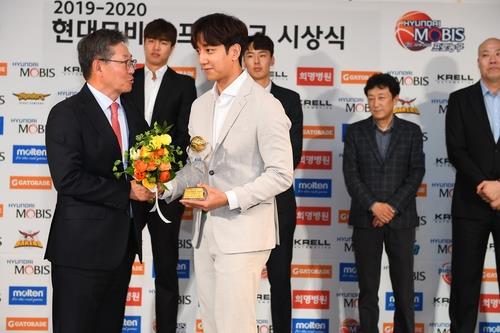 Warney was named the best foreign player after averaging 20.4 points and 10.4 rebounds per game.

Due to the coronavirus pandemic, the final portion of the regular season and the entire playoffs were canceled on March 24. Teams played a few games behind closed doors in February but play was halted on Feb. 29. Teams normally play 54 games each but had 11 or 12 games remaining at the time.

COVID-19 concerns forced the KBL to scrap plans for an awards ceremony. Only the winners were invited for the award presentation, which was streamed live on YouTube.