SEOUL, April 20 (Yonhap) -- "Dye," the new EP by K-pop boy band GOT7, marks a dramatic style change for the six-year-old band, turning the seven members into medieval balladeers as if from a classical romance novel.

The 10-track album, led by "Not by the Moon," is set to hit major online music stores at 6 p.m. on Monday, the first music release by GOT7 since "Call My Name" in November.

"Dye" is an organic compilation of 10 love songs, led by the main track, "Not by the Moon," a vow of unchanging love.

"It's a powerful and heart-rending number, expressing a pledge of unchanging heart. The music and stage costumes were well coordinated to match the album concept," band leader JB said in a written Q&A, released by JYP Entertainment.

"The moon changes constantly. And the song depicts (a couple's determination) not to make a pledge of love to the shifting moon," member Yugyeom noted. 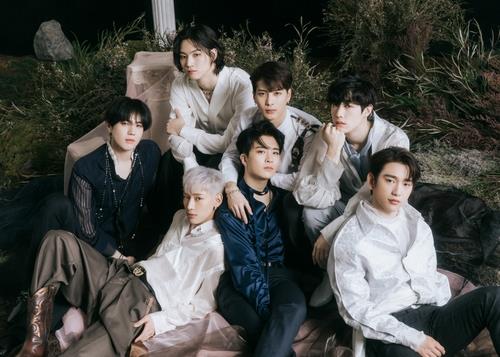 Including the lead single, the album's 10 tracks come as a sequence of love stories as if reading a classical romance novel, according to Yugyeom.

"If you listen to the album cover-to-cover, you may feel as if you have read a novel," he noted.

"Not by the Moon" was partly composed, written and arranged by Park Jin-young, the founder and chief producer of JYP Entertainment, GOT7's label.

The medieval ballad concept also led to a dramatic change of style in the members' stage costumes, dressing them up with silky shirts, baggy pants and longer, flowy hair.

Measuring up to the new fashion style, GOT7 also plays with choreography that the band has not attempted before. 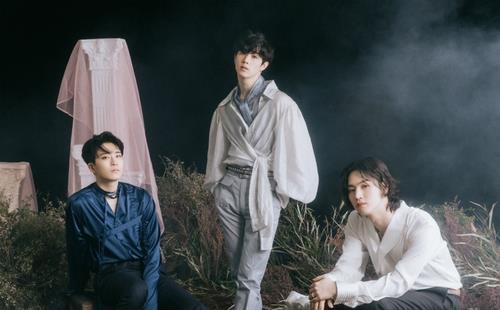 "I wish you pay special attention to the groove from the choreography. The performance is totally different from what we have done before," member Jinyoung said.

Member Jackson also asked fans to carefully watch the main track's music video, which has an organic story running from the start throughout to the end.

The ten tracks of the new album include "Crazy," "Love You Better," Aura" and "Poison," the production of which the band members participated in, as well as solo and subunit songs that were showcased during the band's world concert tour last year. 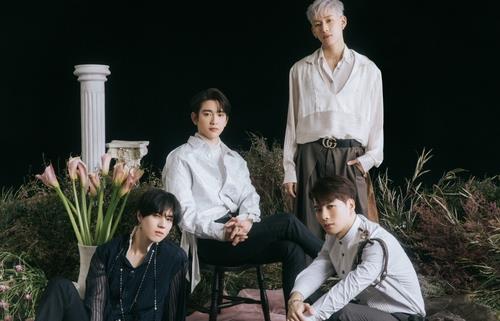