Hong made the remarks at a meeting with senior ministry officials earlier in the day, as South Korea focused on reviving economic growth after apparently bringing the coronavirus outbreak under control.

Hong said the government "will preemptively give support for sectors that need the role of fiscal spending in an unprecedented crisis."

"To cope with a more difficult situation, there is the need for the government to save some room for the additional role of fiscal spending and issuance of state bonds," Hong said, according to a ministry statement.

Last week, the ministry unveiled a second extra budget of 7.6 trillion won (US$6.3 billion) to give shopping coupons and gift certificates to households to help cushion the economic fallout from the pandemic.

Along with the budgets of local governments, the central government will spend 9.7 trillion won for the one-time relief package for 14.78 million households, about half of the nation's total households. 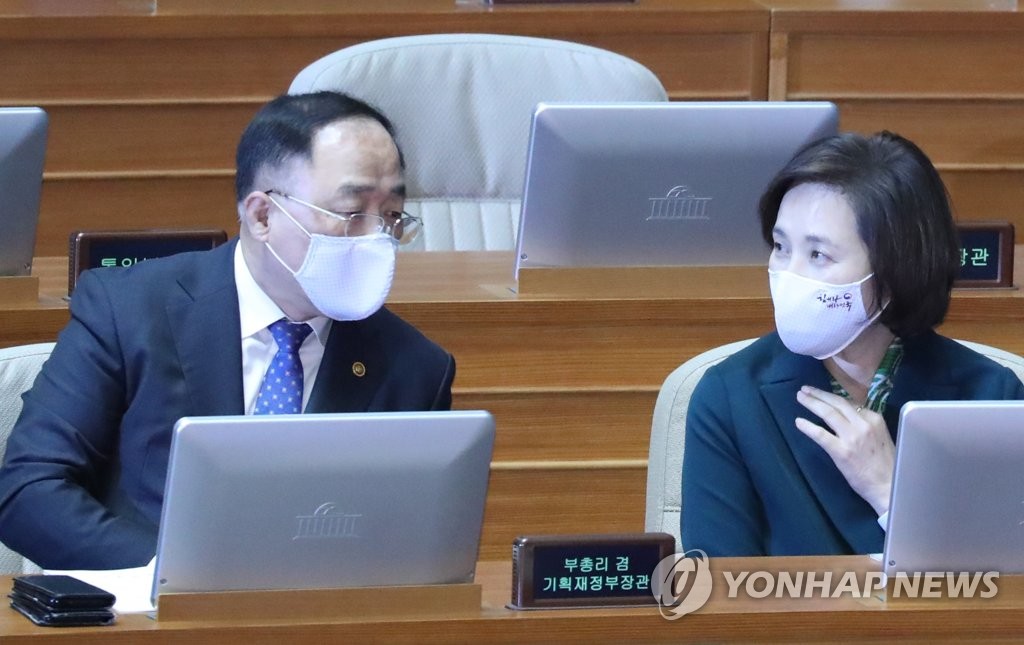 The second extra budget came more than a month after the National Assembly approved an 11.7 trillion-won supplementary budget, which marked the nation's largest-ever extra budget bill to handle the fallout from the contagious disease.

Under the latest support measure, 1 million won will be given to each household with four or more people that rank in the bottom 70 percent of gross income, ministry officials said.

Hong urged ministry officials to persuade lawmakers to pass the second budget bill as the National Assembly is set to begin its review of the bill.