SEOUL, April 20 (Yonhap) -- A special security adviser to President Moon Jae-in said Monday he expects North Korea to respond to South Korea's offer for cross-border cooperation in May or June.

Moon Chung-in, special advisor for diplomatic affairs, made the remark during a roundtable discussion, saying he remains optimistic inter-Korean talks will gain traction when the coronavirus pandemic eases.

"I think the coronavirus situation will enter a phase of stability and guidelines will be eased during the first week of May. I expect a breakthrough in inter-Korean relations from that point and before the National Assembly opens in June ... I think North Korea will respond to us then," Moon said.

"The North cannot ignore the changing political situation in South Korea ... we are taking steps and making proposals in various ways," he said without elaborating.

Inter-Korean relations have stalled since the no-deal summit between North Korean leader Kim Jong-un and U.S. President Donald Trump about a year ago. Pyongyang has since not responded to Seoul's repeated offers for cross-border cooperation and talks, including an offer to cooperate in dealing with the coronavirus.

The special adviser said that health-related cross border projects could provide an opportunity for the two Koreas to push ahead for a summit and alleviate stalled relations.

Lee Jong-seok, a top expert on North Korea who headed the unification ministry in 2006, also stressed the need for bold proposals to the North in cooperation projects, suggesting the South provide all medical devices needed for a large-scale hospital under construction in Pyongyang.

The presidential National Unification Advisory Council organized the discussion as South Korea is set to commemorate the second anniversary next week of the first summit between President Moon Jae-in and North Korean leader Kim Jong-un.

During the summit, the two leaders adopted the Panmunjom Declaration, under which they agreed to work toward the complete denuclearization of the Korean Peninsula and improve inter-Korean relations. 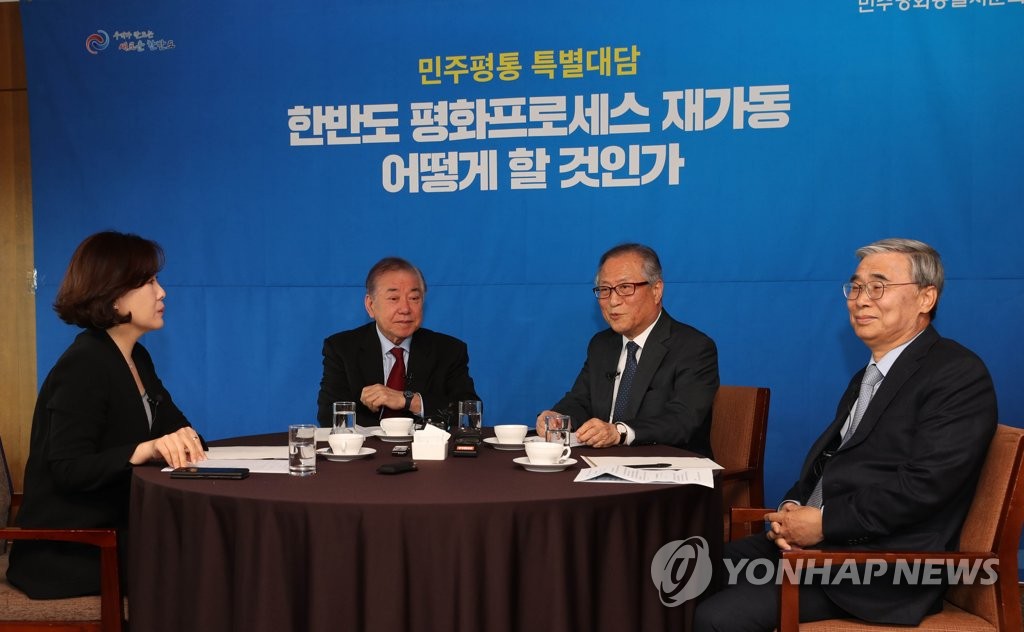