SEOUL, April 20 (Yonhap) -- Hyundai Motor Group said Monday that its executives will have their salaries cut by 20 percent as part of efforts to weather the growing impact of the coronavirus.

The South Korean automotive group said the pay cuts will affect some 1,200 executives of all of its affiliates, including Executive Vice Chairman Chung Euisun, beginning this month. No specific time frame was given for how long the pay cuts will remain in effect.

Executives at the group's affiliates, such as Hyundai Motor Co., Kia Motors Corp., and Hyundai Mobis Co., returned 10 percent of their wages in 2009 and 2016 when the company suffered a financial crisis and poor earnings results, respectively.

Hyundai and Kia, which together form the world's fifth-biggest carmaker by sales, have suspended most of their overseas plants due to the spreading coronavirus.

They currently operate plants in South Korea and China but sales in the world's biggest automobile market remain weak. 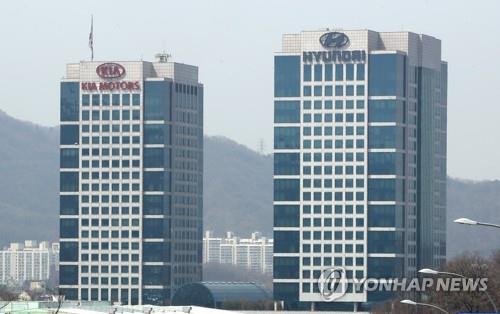