SEOUL, April 20 (Yonhap) -- Some university and high school students in North Korea are back at school after extended semester breaks that came due to the coronavirus outbreak, a propaganda outlet said Monday.

As the school vacations ended, classes reopened gradually, with students in their final years of university or high school first being allowed to attend lectures, according to an article carried by Naenara, a state media outlet.

The online outlet ran photos of students wearing masks and getting their temperatures checked before going into class. Other photos showed students seated in a classroom wearing face masks.

The article, however, did not mention when the schools resumed. Schools in North Korea start their new year on April 1.

North Korea claims it has no COVID-19 infections despite skepticism that the communist state might be covering up an outbreak, given its apparent lack of infrastructure to fight and treat the disease.

It has taken drastic measures at an early stage of the outbreak in the region to stem the inflow of the virus, by closing its border with China and toughening quarantine measures.

The news report on the school resumption appears aimed at projecting confidence about containing the virus and insisting that it has managed to get the outbreak under control.

North Korea first reported on the delay of school reopenings, including kindergartens, in late February. Its main newspaper, Rodong Sinmun, indicated in an article last month that the winter school breaks had been extended again, with authorities ramping up calls for people to refrain from going outside. 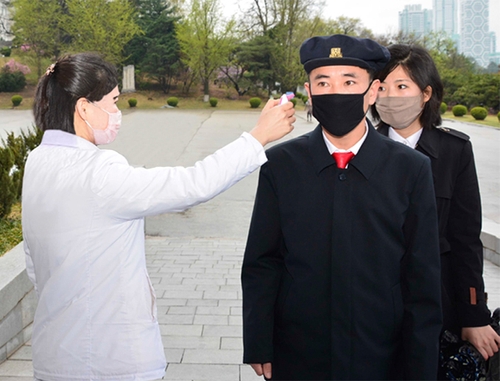