Hogan made the announcement during a press conference in the state capital of Annapolis alongside his Korean wife, Yumi, who he said made the purchase -- dubbed "Operation Enduring Friendship" -- possible.

"Operation Enduring Friendship was launched on Saturday, March 28, when I asked my wife, Yumi, to join me on a call with Korea's ambassador to the United States, Lee Soo-hyuck," Hogan said.

"We spoke of the special relationship between Maryland and the Republic of Korea, and we made a personal plea in Korean, asking for their assistance. That call set in motion 22 straight days of vetting, testing, negotiations and protocols," he explained.

"We convened countless calls nearly every night. Sometimes, it seemed like all night, working through language barriers and a 13-hour time difference," he added.

The first shipment arrived Saturday on a chartered Korean Air passenger plane. Hogan said he and his wife went to BWI airport in Baltimore to welcome the kits made by a South Korean company called LabGenomics.

"The 500,000 test capacity, which we have just acquired, is equal to the total amount of testing which has been completed by four of the top five states in America combined," he said.

Hogan extended his thanks to South Korea, President Moon Jae-in and Prime Minister Chung Sye-kyun, among others. The governor is affectionately known in South Korea as "Hangook sawi," which means "son-in-law to the Korean people."

Maryland's purchase of South Korean coronavirus test kits follows a separate shipment of 750,000 tests to the U.S. federal government at the request of President Donald Trump. 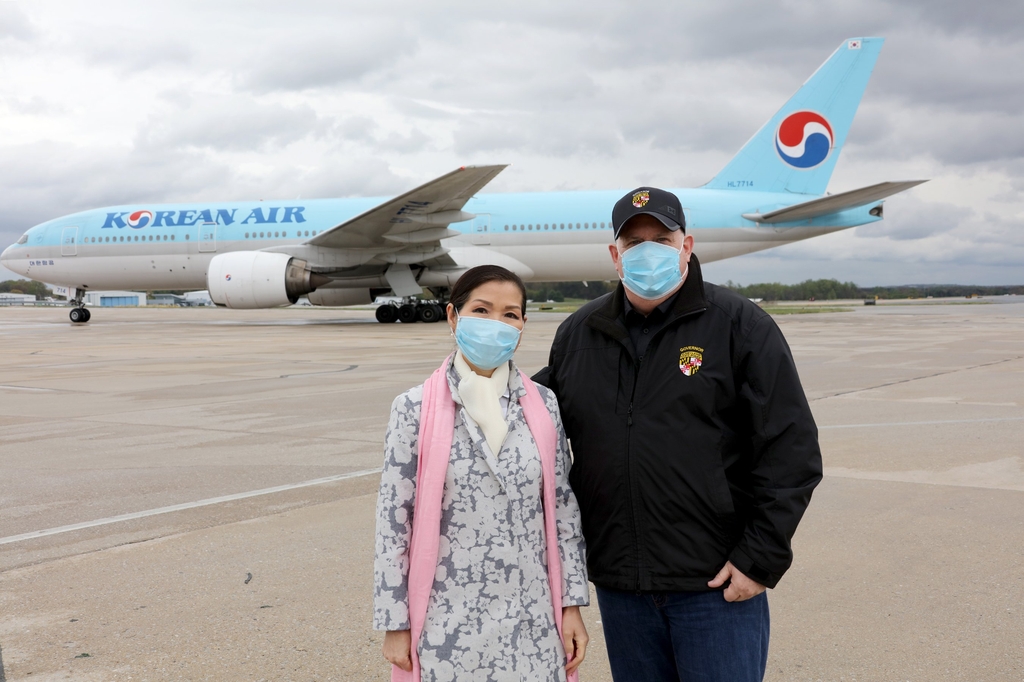