WASHINGTON, April 20 (Yonhap) -- U.S. President Donald Trump said Monday he rejected South Korea's offer on defense cost-sharing because the country is wealthy and should pay "for a big percentage of what we're doing" there.

"They've offered us a certain amount of money and I've rejected it," Trump said at a White House coronavirus press briefing, referring to the stalled negotiations on how to share the cost for the upkeep of about 28,500 American troops stationed in South Korea.

"I just said it's just, look, you know, we're doing a tremendous service. We have a wonderful feeling and a wonderful relationship with each other, but we have to be treated equitably and fairly," Trump said.

A South Korean newspaper reported earlier that the U.S. could consider reducing troop levels in South Korea as a means to pressure Seoul in the defense cost talks.

Trump said the issue is not about troop levels but how much Seoul will be able to pay. 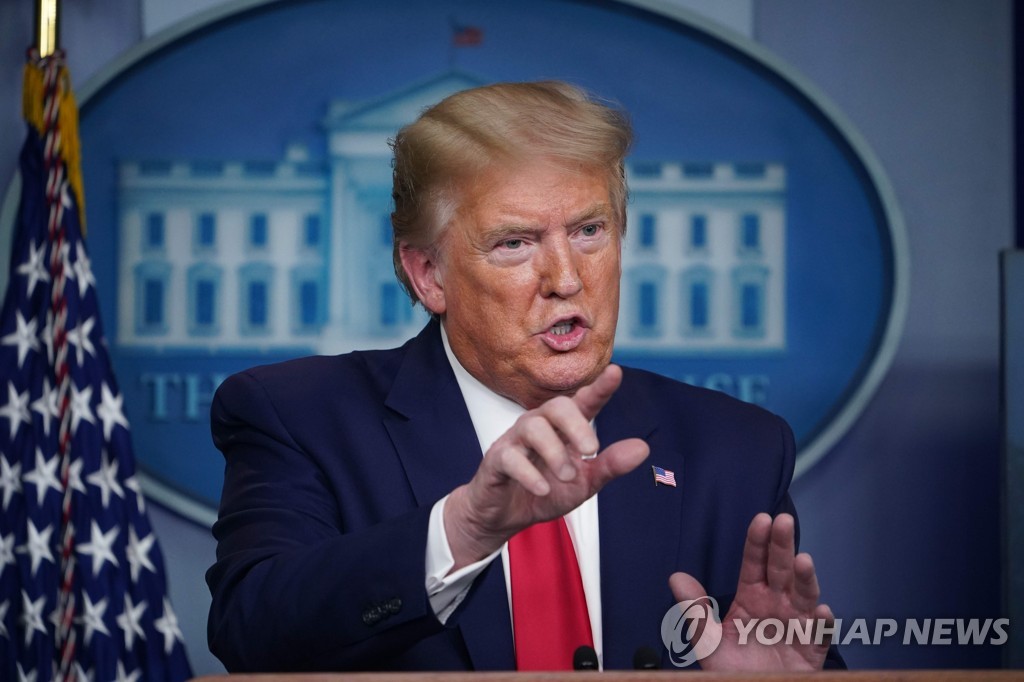 An earlier news report said Trump rejected Seoul's offer to increase its contribution by 13 percent, leaving the two countries at an impasse in negotiations to renew their cost-sharing deal, known as the Special Measures Agreement.

Under last year's one-year deal, Seoul agreed to pay US$870 million for the upkeep of 28,500 American troops stationed on the peninsula.

"We're asking them to pay for a big percentage of what we're doing. It's not fair," Trump said. "We're defending nations that are very wealthy. South Korea is a very wealthy nation. They make our television sets. They make ships. They make everything. And I give them great credit."

More than 4,000 South Korean employees with U.S. Forces Korea have been placed on unpaid leave since the beginning of April due to the absence of a new SMA. The previous agreement lapsed at the end of last year.

The two spoke by phone Saturday, but neither side mentioned that the issue of defense cost-sharing was brought up.

The White House said in a readout that they "discussed ways to further strengthen the United States-Republic of Korea security relationship."