HDC Hyundai Development had planned to complete the overall process to take over Asiana, the smaller of South Korea's two full-service air carriers, by the end of April.

In late December, the HDC-Mirae Asset Daewoo consortium struck a deal to acquire a 30.77 percent Asiana stake from Kumho Industrial Co., a construction unit of Kumho Asiana Group, as well as new shares to be issued and the airline's six affiliates, for 2.5 trillion won (US$2.1 billion).

After the takeover, HDC is expected to own a 61.5 percent stake in Asiana following the planned rights issue, with Mirae Asset Daewoo set to have a 15 percent interest.

HDC needs to obtain an approval from six countries to which Asiana flies, which is a prerequisite for Asiana's capital increase.

Despite almost clearing overseas regulatory hurdles, HDC has virtually delayed its plans to fund the takeover by participating in the rights issue and selling bonds as the coronavirus pandemic has sent the airline sector teetering on the brink of collapse, according to the sources.

Early this year, HDC reported its planned takeover of the countries -- the United States, China, Russia, Kazakhstan, Uzbekistan and Turkey. HDC has won approval from five countries so far with Russia yet to give the go-ahead.

Once the process of winning regulatory approval from the six countries, HDC had planned to participate in Asiana's rights issue worth 1.47 trillion won to pay back 1.17 trillion won in the carrier's loans from two state lenders -- the Korea Development Bank (KDB) and the Export-Import Bank of Korea (Ex-Im Bank).

The company was also poised to sell 300 billion won worth of bonds and take out loans from financial institutions to secure the necessary money for the high-profile acquisition.

But Asiana's serious financial trouble and the government's planned support for the ailing airline industry have reportedly prompted HDC and its consortium partner not to rush to complete the acquisition. 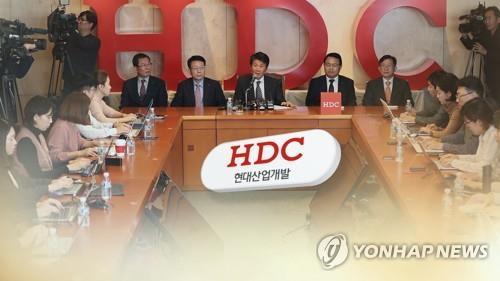 Battered by the coronavirus pandemic, Asiana's debt-to-equity has skyrocketed from the end of last year, with its loans hovering well above 1.17 trillion won.

"With uncertainties escalating, there is no need for HDC to hurry to make the payment and complete the deal as scheduled," said an analyst on condition of anonymity. "And it has not specified the completion date."

Market watchers said whether HDC will complete the deal will hinge on the results of negotiations on additional financial aid to Asiana between HDC and the carrier's main creditors.

HDC has reportedly called on the two main creditors -- the KDB and the Ex-Im Bank -- to roll over Asiana's debts and reduce interest rates.

The KDB and the Ex-Im Bank were to discuss later in the day whether to provide financial support to the struggling airline. Last year, the two state lenders extended a combined 1.6 trillion won to Asiana, including the purchase of perpetual bonds worth 500 billion won.

Informed sources said the two banks could postpone the repayment of part of its loans, covert the perpetual bonds into equity or trim the annual 7 percent rate on the bonds. 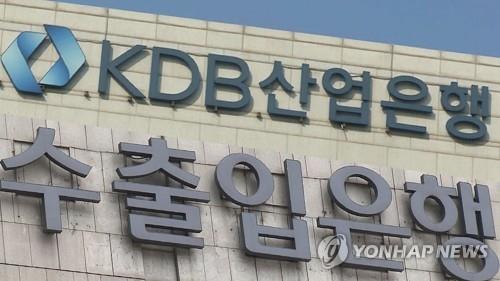