The DP and its satellite party won 180 seats in the 300-member unicameral National Assembly as voters supported the government's drive to contain the new coronavirus.

The party leaders said the huge victory was apparently driven by the country's success in slowing the spread of COVID-19 and a high public approval rate for Moon, according to DP officials.

The president extended his thanks for the DP leadership's efforts.

The dinner seemed to be arranged in an effort to strengthen close cooperation between the DP and Cheong Wa Dae in managing state affairs stably during the remainder of Moon's single, five-year term.

Last week's general elections were widely seen as a referendum on Moon, who has two more years in office. 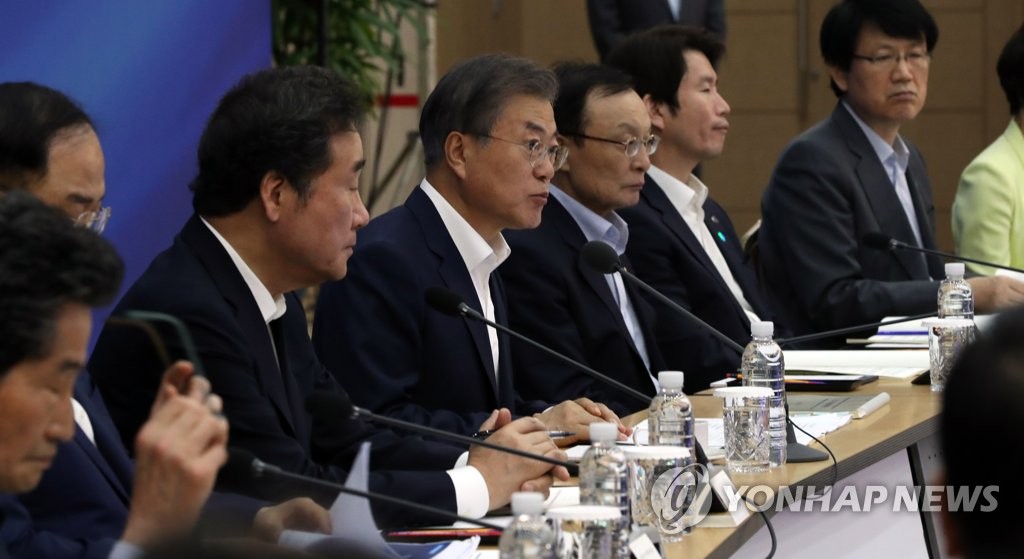