SEOUL, April 21 (Yonhap) -- South Korea and the United States will hold a biannual defense meeting via video links this week to discuss pending alliance issues, such as efforts to denuclearize North Korea and cope with the coronavirus pandemic, the defense ministry said Tuesday.

During the 17th Korea-U.S. Integrated Defense Dialogue on Wednesday, the two sides will share evaluations on the security situation on the Korean Peninsula, according to the ministry. The meeting will take place in a videoconference due to the coronavirus.

Joint efforts for denuclearization, transition of wartime operation control, boosting the alliance between the two sides and expanding cooperation in the fight against the coronavirus are some of the issues to be discussed during the meeting, it said.

Deputy Defense Minister for National Defense Policy Chung Suk-hwan will lead the South Korean team for the talks. From the U.S., Heino Klinck, deputy assistant secretary of defense for East Asia, will head the delegation.

The ongoing defense cost-sharing negotiations between the two sides are also expected to be high on the agenda amid a prolonged tug of war over how much South Korea should pay for the upkeep of the 28,500-strong U.S. forces on the Korean peninsula.

U.S. President Donald Trump said Monday he rejected South Korea's offer on the defense cost-sharing because the country is wealthy and should pay "for a big percentage of" what the U.S. is doing there.

Absent an agreement, thousands of South Koreans working for the U.S. Forces Korea were furloughed indefinitely starting this month. 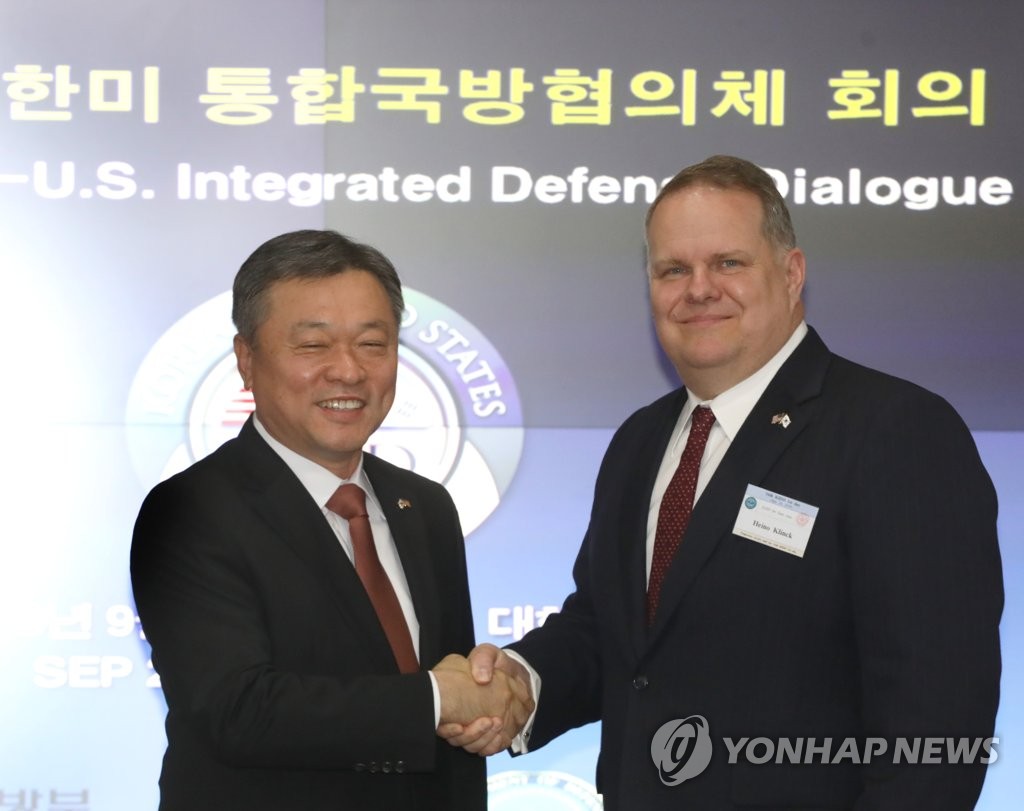