SEOUL, April 21 (Yonhap) -- The number of new coronavirus cases in South Korea has been in decline for the past several days. But in setting the new schedule for the 2020 season, the Korea Baseball Organization (KBO) was not taking any chances.

The KBO announced Tuesday the new season will begin on May 5. The original Opening Day was March 28, but the league had to postpone it due to the coronavirus outbreak.

Encouraged by signs of improvement on the quarantine front, the KBO had hoped to open the season as early as May 1. Four days may not seem like much of a difference, but for a league hoping to squeeze the usual, 144-game schedule into a compressed calendar, every day counts. 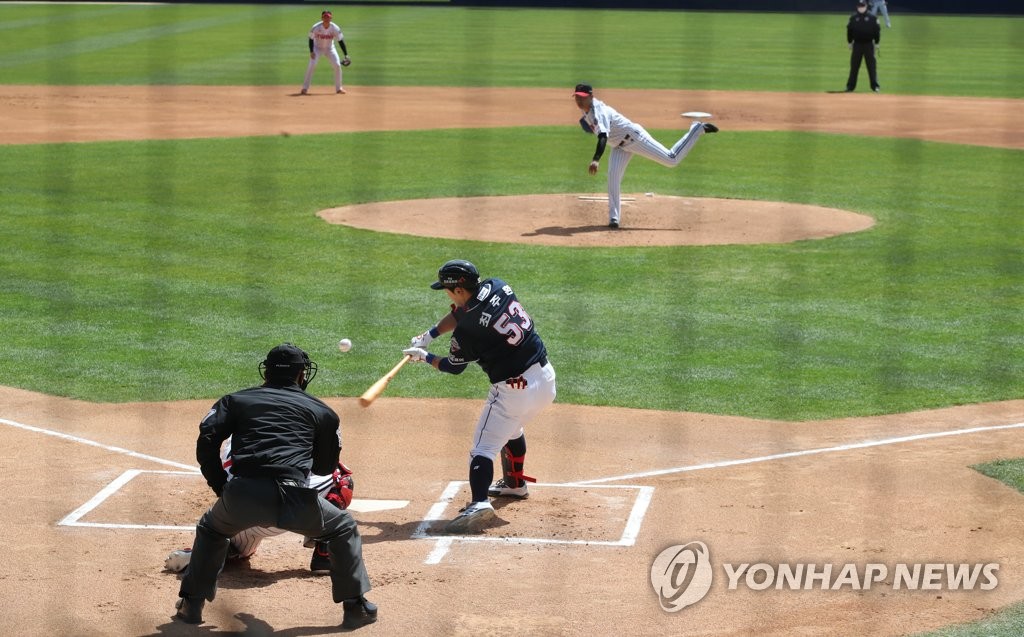 But following a meeting with the board of governors, made up of club presidents, the KBO took the safer route.

"We felt that we could still crown the champion before the end of November if we start on May 5 (as opposed to May 1)," said KBO Secretary General Ryu Dae-hwan. "Instead of rushing to get things started early, we wanted to keep things safe."

South Korea reported nine new cases earlier Tuesday, and the figure has hovered around the single digit range recently. Still, the government extended its social distancing drive by two weeks to May 5, and it is wary of a second wave of infections during the long weekend starting with Buddha's Birthday on April 30. May 5 is also the Children's Day holiday.

Also, May 5 gives teams exactly two weeks from the start of the preseason, which began across five stadiums about two hours after the KBO's announcement.

Teams were supposed to play four games each, and with the regular season set at May 5, the league decided to add three games per club.

During the board meeting Tuesday, some clubs in particular called for additional time to prepare for the regular season to get their foreign pitchers ready. 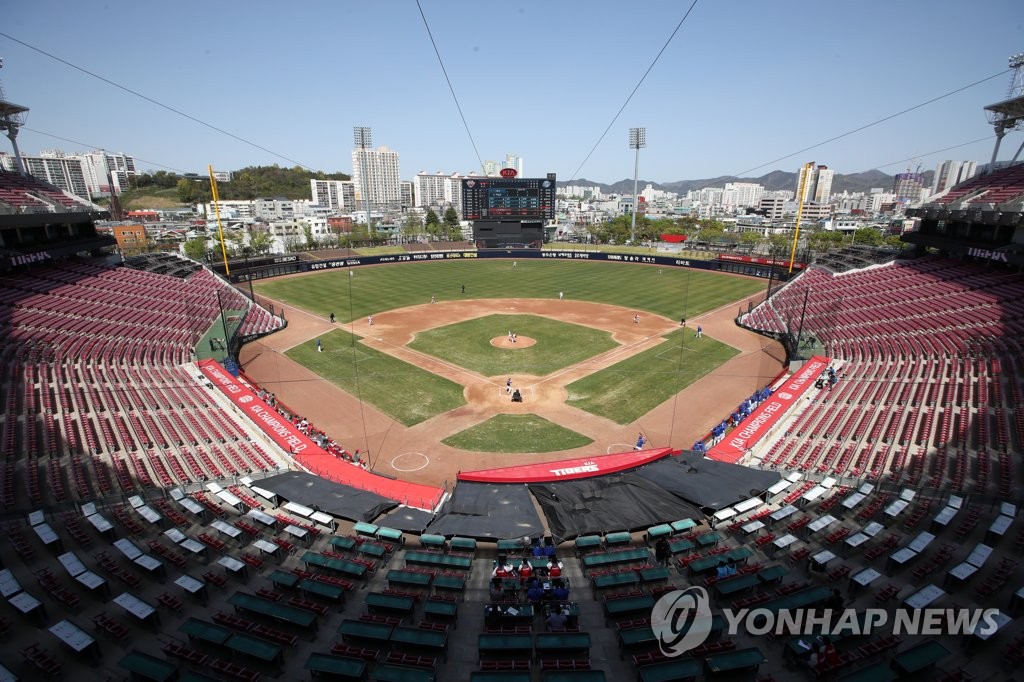 Five of the 10 teams -- LG Twins, Kiwoom Heroes, Samsung Lions, KT Wiz and Hanwha Eagles -- sent their foreign players back to their home countries following the end of spring training in early March. The coronavirus was raging in South Korea then, and the players were allowed to leave their teams to be with their family.

But as the situation also grew worse in the United States and other countries, these players were rushed back to South Korea in late March. By then, all international arrivals were required by the South Korean government to be quarantined for 14 days.

Three foreign players each for those five teams fell behind their counterparts in five other clubs in their preparations. Pitchers, in particular, will need more time to ramp back up, and most of them will not likely be available for the preseason and the early part of the regular season.

May 5 is one of the marquee days of a normal regular season, with sellouts across the league and special events planned for children. But there will be no festivities this year, as the early portion of the season will be played behind closed doors.

Ryu said it was difficult to set an exact date when fans will be allowed to attend games again.

"We'll have to keep monitoring the situation with the virus," Ryu said. "We'll start by allowing teams to maybe sell 20 percent of their seats, and then go from there."

Ryu said if a player or a game-day official tests positive for COVID-19, the league could be halted for about three weeks. But rather than take any immediate action, the league will first meet with team officials and public health experts to make its final call. 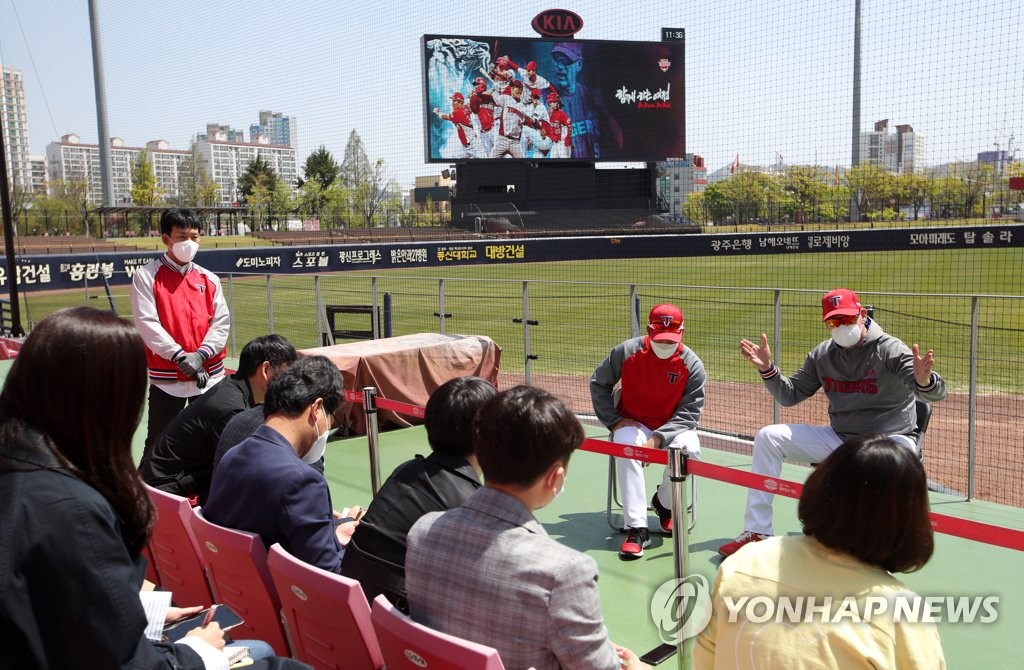