"Road to Kingdom," set to debut on April 30, is a male version of Mnet's 2019 competition show "Queendom" involving six A-list singers and girl groups, including Park Bom, Mamamoo and (G)I-dle.

Unlike the star-studded "Queendom," the lineup of "Road to Kingdom" ranges from relatively new idol bands, such as TOO, ONEUS and Verivery, to an established band like Pentagon.

Including The Boyz, Golden Child and ONF, a total of seven bands will compete in the show's some 10 episodes for the chance to compete in "Kingdom," a higher-level boy band competition show to be aired by Mnet in the future.

Featuring relatively new bands, "Road to Kingdom" is expected to boost the profiles of the participating teams in the K-pop scene.

"I believe the show will produce stars who will spearhead the future K-pop scene," Jang Sung-kyu, who co-hosts the show with actress Lee Da-hee, said during an online press conference Tuesday.

"To begin with, there were some bands that I did not know of. Having filmed the show and seen artists achieve growth, however, I got to want to know more about them," Lee noted. 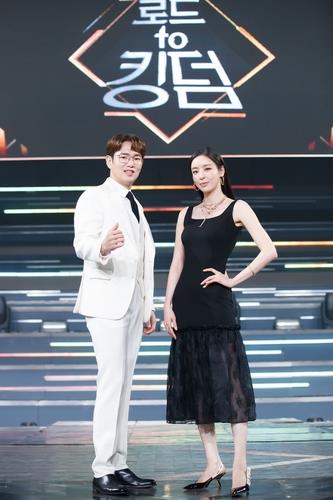 "Our primary goal would be to win the ticket to the 'Kingdom' competition show ... But the bigger goal for us is to become a good team who can contribute to the development of the K-pop market," The Boyz said at the start of the online press conference.

According to the show's chief producer Park Chan-woo, musical potential, such as the ability to compose and produce music and choreograph, had been considered in the final lineup of the seven boy bands.

"Among them, The Boyz received multiple rookie of the year awards last year and the year before last, being widely called a monster rookie. The team was recruited because its appearance is likely to lay out the charm of the band's 11 members," the chief producer said.

In a bid to shore up transparency in the fan-voted show's ballot count, the production staff will invite outside observers and the managers of the participating teams to oversee the voting and counting processes, a major step Mnet took after producers of another in-house show, "Produce 101," were officially charged with vote rigging. 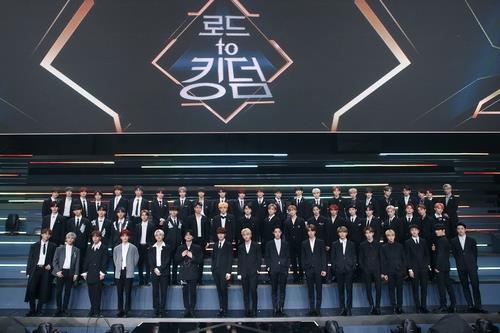