SEOUL, April 21 (Yonhap) -- Forget the crack of the bat -- even the sound of the bat dropping to the ground has hardly seemed louder in a baseball game.

The LG Twins and the Doosan Bears opened their Korea Baseball Organization (KBO) preseason in Seoul on Tuesday, without the presence of their typically loud and passionate fans at the 24,000-seat Jamsil Stadium.

As co-tenants of the park, the Twins and the Bears have consistently been two of the biggest draws in the KBO. But with the coronavirus concerns, all exhibition games, plus some early regular season games, will be played without spectators. 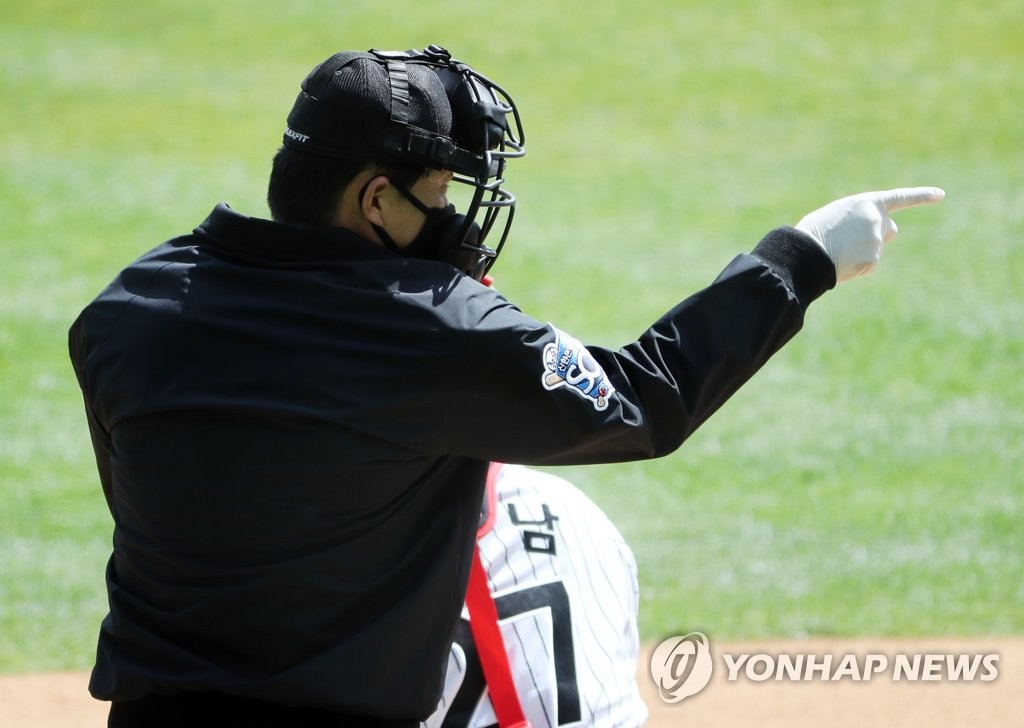 These and other teams have already played a few scrimmages without fans, and so doing so again Tuesday couldn't have seemed all that strange. But the sounds of a typical ball game seemed to echo through the cavernous park even more than usual on this sunny but windy spring day, as action on the field had far more intensity than in an intrasquad game.

In a stadium full of fans, one would never be able to hear the bat hitting the ground after it leaves the batter's hands. But on Tuesday, it was audible a dozen rows behind home plate.

In the bottom of the fourth, Jeong Keun-woo of the Twins let out a curse word after an inside pitch nearly hit him. It would have been enough to force parents to cover their child's ears with their hands, if they had actually been in the seats.

And when Jeong attempted a steal of the second base in the same inning, Doosan infielders yelled different variations of, "He's going!" and "Heads up!" It was just a natural reaction from them, and the volume of their own voice probably startled them, too.

Playing without fans is only a part of the new normal in the KBO for 2020.

Last week, a few days after scheduling the preseason for the latter part of April, the KBO announced safety guidelines for players, coaches and other game-day personnel.

Players had to be checked for temperatures and report the results to the league office. After a run was scored, they could only do air high-fives, so that they wouldn't be touching bare hands of their teammates. Umpires had to don masks and protective gloves, and so did bat boys.

Spitting is strictly prohibited. That includes munching on sunflower seeds and spitting out shells. 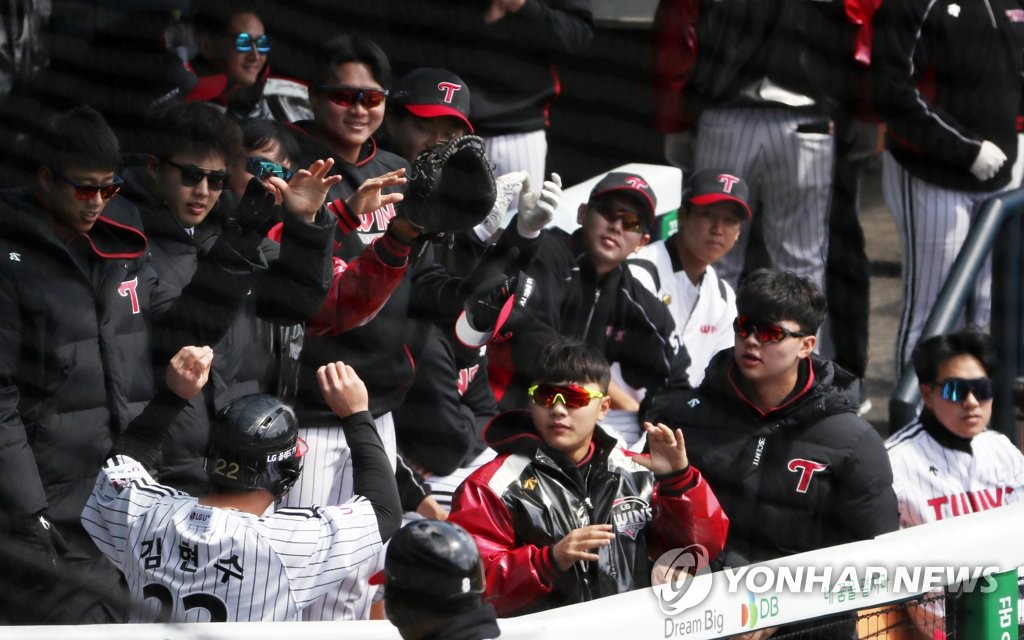 For journalists covering the league, there will be no pregame scrums with players or coaches in the dugout. Unlike in Major League Baseball (MLB), the clubhouse has always been off limits for reporters covering the KBO. But the dugout is virtually a free-for-all, almost a small community within the stadium where writers look to sidle up to players for a quick chat as they return to the bench from a batting practice, a fielding drill or a run on the warning track. Sometimes, an impromptu scrum takes place when multiple writers want to speak to the same player and a team PR staffer steps in to direct traffic.

If little is happening and players aren't in the mood to talk -- which is not an uncommon occurrence -- then scribes are often reduced to chatting with one another and trading some notes.

And just as MLB closed club houses for media during spring training in the early days of the coronavirus outbreak in the United States, the KBO eliminated pregame dugout sessions for the preseason. Only the two managers will meet with writers in a press conference room or near the dugout -- the home team skipper two and a half hours before first pitch, and the visiting manager coming in one hour later. Managers, reporters and team officials present must all wear masks.

And there will be no postgame media scrums, either. One "Player of the Game" for the winning team, or the winning manager, will be made available in the dugout for the only official interview. And that interview will only be conducted after the rest of the team have left the dugout and gone into their clubhouse. 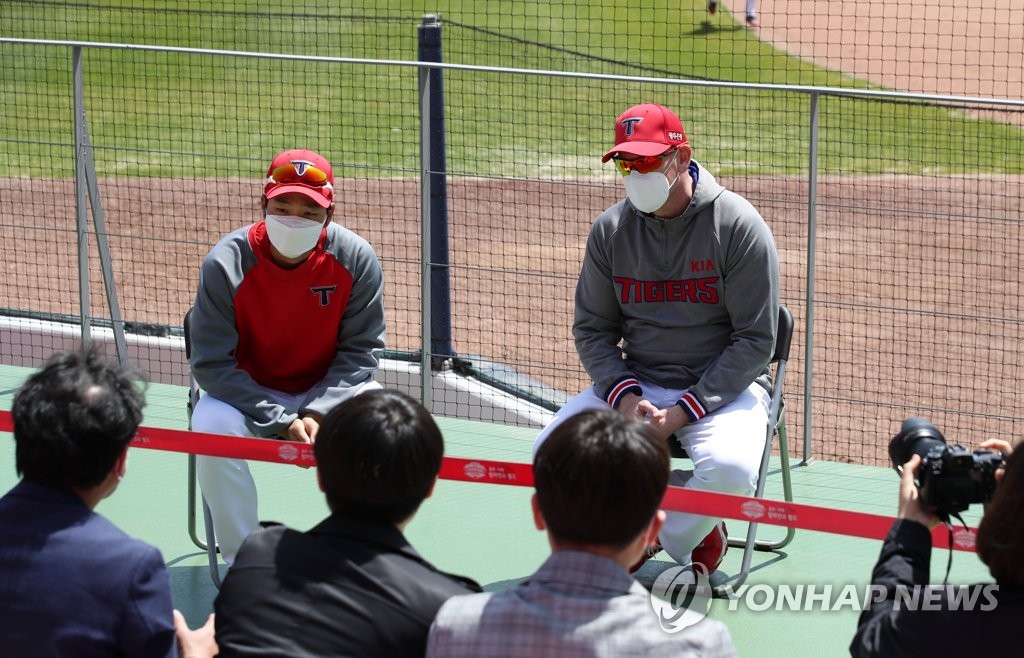