The overwhelming win by Moon's Democratic Party (DP) is viewed as the outcome of "the people's trust in your leadership," Widodo was quoted as saying.

The DP and its ad-hoc sister party, created to gain seats under the proportional representation system, won a combined total of 180 seats in the 300-member National Assembly in the April 15 poll.

Moon added South Korea was able to hold the national election safely as the number of coronavirus cases dropped significantly.

Widodo expressed hope for sharing South Korea's experience in the fight against COVID-19. Moon stressed South Korea's commitment to close cooperation and solidarity with the international community in coping with the pandemic.

They agreed on the need to implement economy-related accords between the two sides. Moon held out expectations for stronger partnerships on defense industry and capital relocation projects by putting the bilateral Comprehensive Economic Partnership Agreement (CEPA) into effect at an early date. 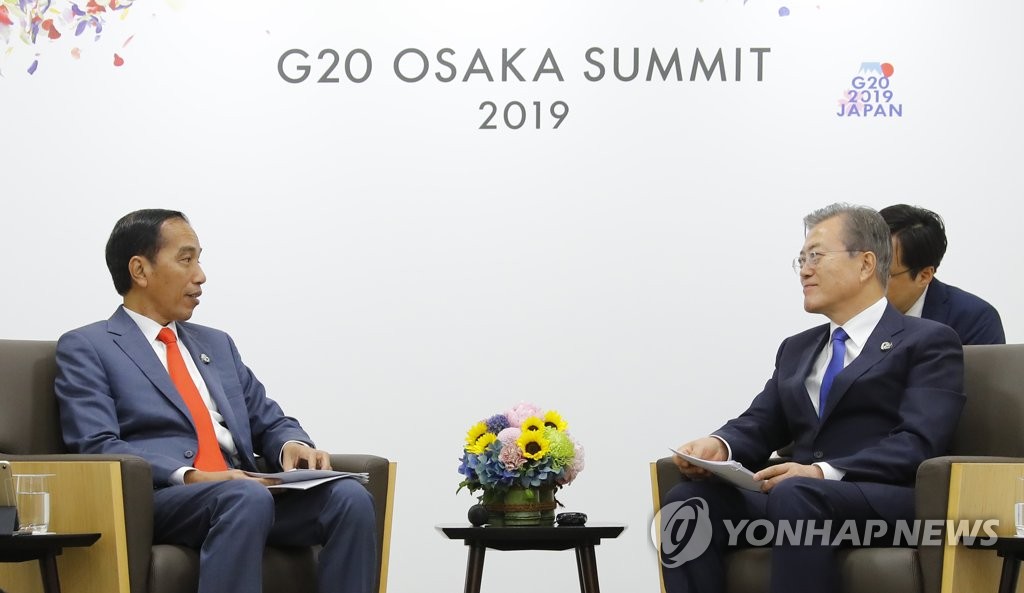