WASHINGTON, April 21 (Yonhap) -- U.S. President Donald Trump said Tuesday he does not know about the health condition of North Korean leader Kim Jong-un but hopes he is doing well amid unconfirmed reports that the young leader may be seriously ill.

"These are reports that came out, and we don't know. We don't know," Trump said at a White House coronavirus press briefing. "I can only say this: I wish him well. Because if he is in the kind of condition that the reports say, that the news is saying, that's a very serious condition, as you know, but I wish him well." 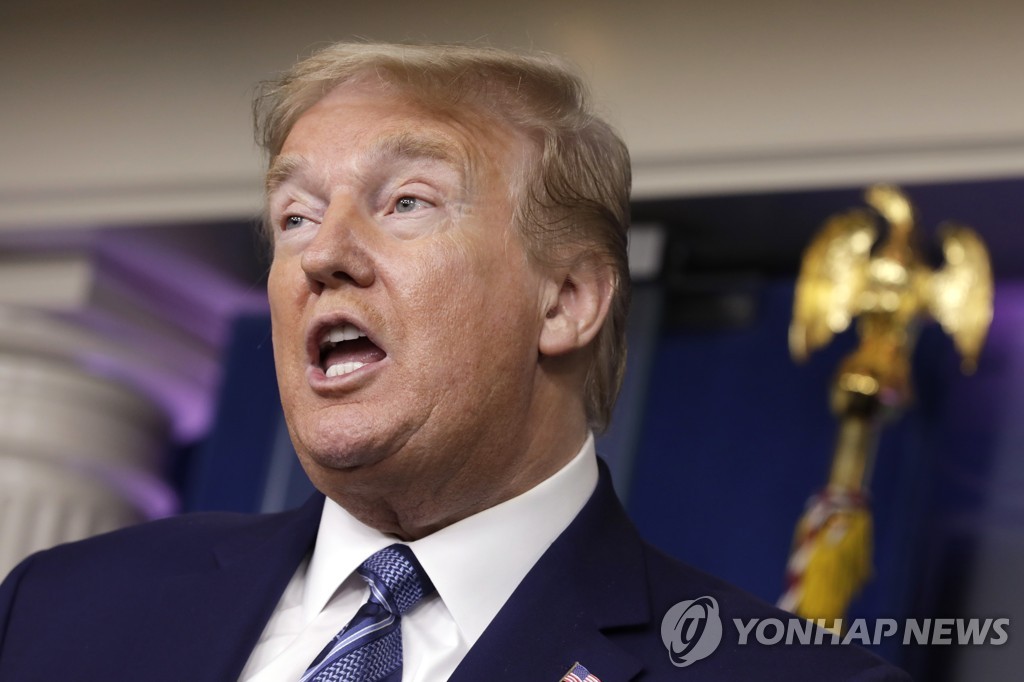 Asked if he plans to reach out to Kim to check on his condition, Trump left open the possibility.

They met three times -- once in 2018 and twice in 2019 -- to try to reach a deal on denuclearizing the North in exchange for U.S. sanctions relief, but negotiations have faltered since the second summit in February 2019 ended without an agreement.