Analysts said the surge came as a business slump stemming from the longstanding outbreak of COVID-19 forced self-employed or low-credit people to resort to card loans. 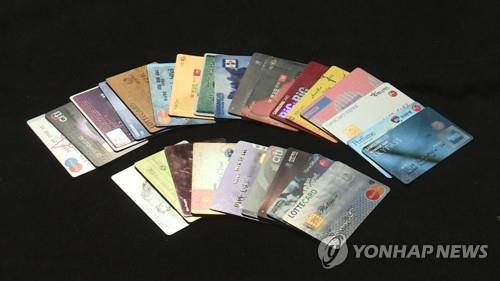 South Korea has been gripped by the coronavirus outbreak since the country reported its first confirmed case on Jan. 20.

Asia's fourth-largest economy has been implementing strict social distancing measures to stem the spread of the potentially deadly disease, which has made a big dent in the country's economic activity.

Kakao Bank, one of the country's two internet-only banks, also posted a surge in unsecured loans. The online lender's outstanding unsecured loans came to 13.9 trillion won in March, up about 945 billion won from the prior month.
(END)