Mind you, Lee, a 23-year-old for the LG Twins in the Korea Baseball Organization (KBO), is not saying he is on par with Buehler. The 25-year-old American went 14-4 last year and struck out more than 10 big league batters per nine innings. Lee, drafted in 2015, has only faced three batters in his KBO career so far, with one walk and one hit-by-pitch to his credit. 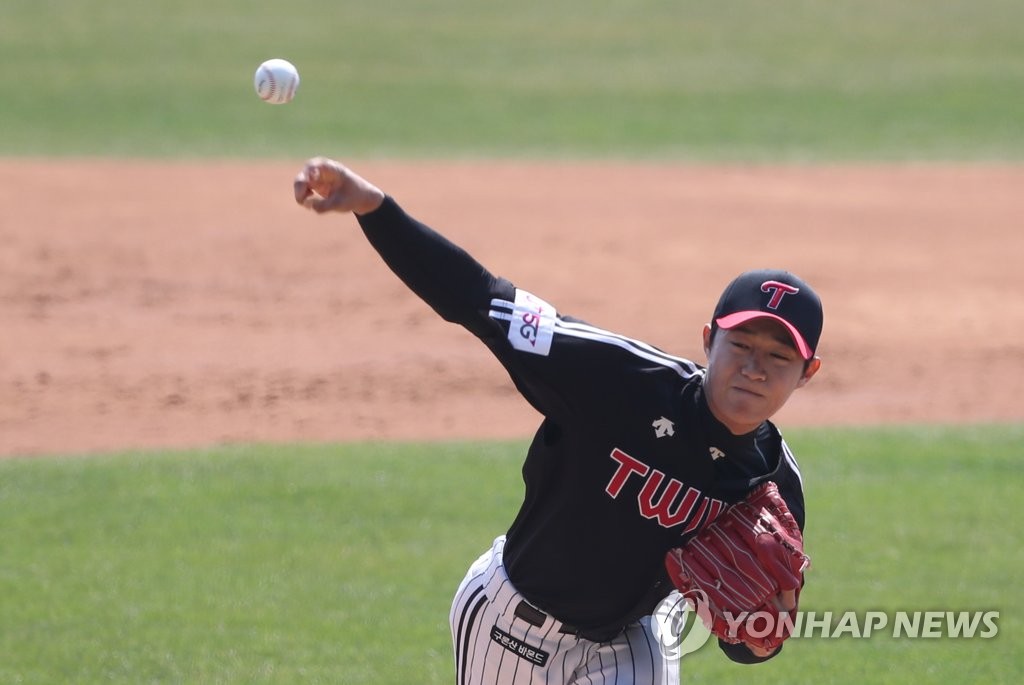 It is just that when Lee watches Buehler, he sees a kindred spirit.

"I think our mechanics are really similar," Lee said Tuesday, after tossing two shutout innings in relief against the Doosan Bears in a preseason game at Jamsil Stadium in Seoul. "So I've watched him quite a bit, and I think there's a lot to learn from him."

Lee even trains like Buehler in the weight room. He can do that because Kim Yong-il, the Twins' senior trainer, spent the 2019 season as the personal trainer for the Dodgers' South Korean starter, Ryu Hyun-jin. Lee saw firsthand how Buehler worked off the mound, and Lee has picked Kim's brains about Buehler's regimen.

Much like Buehler, Lee's bread-and-butter is the fastball. Of course, it is all relative. Buehler's heat sits in the high 90s in miles per hour (mph), and he has hit the magical 100. In the KBO radar gun, Lee touches 151 kilometers per hour, which is about 94 mph. That is serious velocity in this league.

Lee credited his new training routines for the jump in his fastball velocity. He said he has started doing quick barbell squats, with up to 180 kilograms on his shoulders.

In 13 1/3 innings through spring training games and scrimmages prior to Tuesday, Lee had a 2.03 ERA with nine strikeouts and three walks. And Tuesday's outing was his first since spring training against hitters other than his own teammates.

Though these games do not really count, Lee said his mindset was that he was pitching in a regular season game.

"I know my biggest weapon is the fastball, and I wanted to see how it would stack up against hitters that have never seen me before," Lee said. "I thought I could blow by those guys because they don't have their timing down this time of the year." 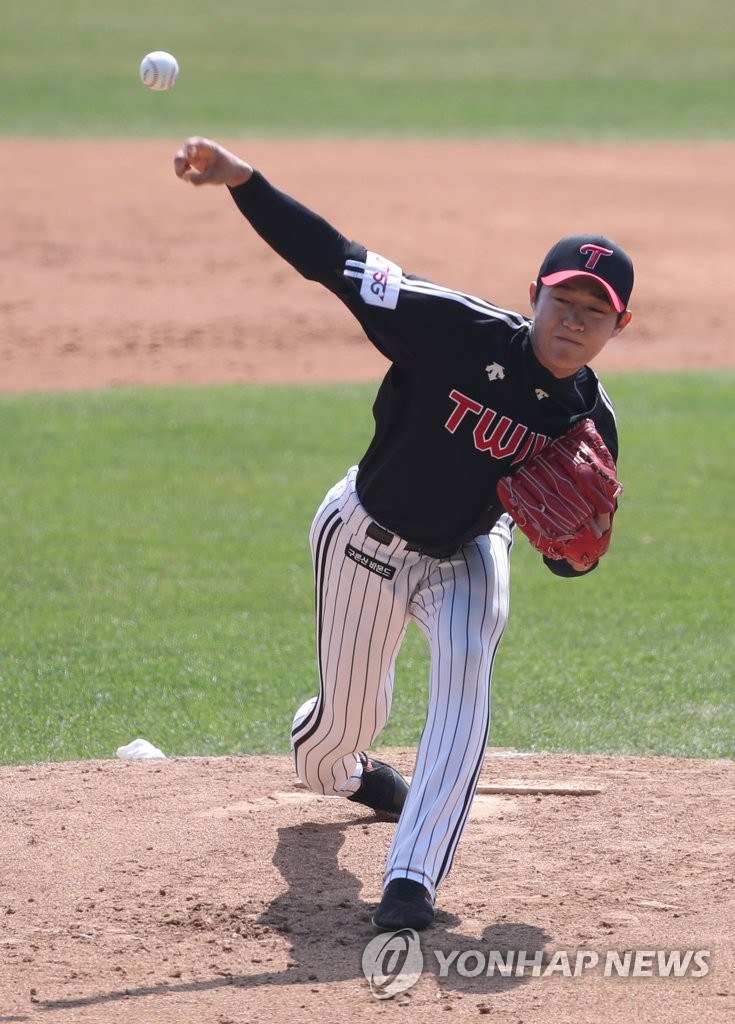 Lee retired the side in order in the third inning with a strikeout, a flyout and a groundout. He got another groundout to begin the fourth, and pitched around an infield single by retiring the two most dangerous Doosan hitters, cleanup Oh Jae-il and the reigning hits king Jose Miguel Fernandez.

It seemed to be a solid day of work for the right-hander, but Lee said he was not satisfied with himself.

"I think I got away with some pitches today," he said. "In terms of my velocity, I need to be more consistently fast."

The Twins will need all the arms they could get early in the season. Their two American starters, Tyler Wilson and Casey Kelly, will probably miss a couple of turns in the rotation as they try to ramp back up from two-week quarantine late last month. They had returned to the United States after spring training, with the coronavirus raging in South Korea at the time. When they arrived back here, they were ordered into self-quarantine before rejoining the Twins.

Before Tuesday's game, LG manager Ryu Joong-il singled out Lee as someone who has excelled so far in spring.

"He's got that great fastball, and I think he can pitch four to five innings (in a spot start) easily," the skipper said.

Lee said he does not think he has enough experience to be a starter. For now, he just wants to make the Opening Day roster for May 5, and he will go from there. Given the way he has been pitching, Lee is almost a shoo-in for a spot.

"Last year, I wouldn't even have dreamed of making the team at the start of the season," Lee said. "My dream may come true this year."