A strong wind warning came into effect at 8 a.m. for parts of the northeastern province of Gangwon. A strong wind advisory was in place for Seoul and most mainland regions. The southern island of Jeju was under a preliminary warning.

"Very strong winds will blow until Wednesday night, especially in coastal areas. Special attention should be paid to facility management and safety," the agency said.

The alerts are expected to be lifted for the Seoul metropolitan area, Incheon and Gangwon in the afternoon and for other areas by Thursday morning. Wind alerts may be issued again Saturday, the agency said. 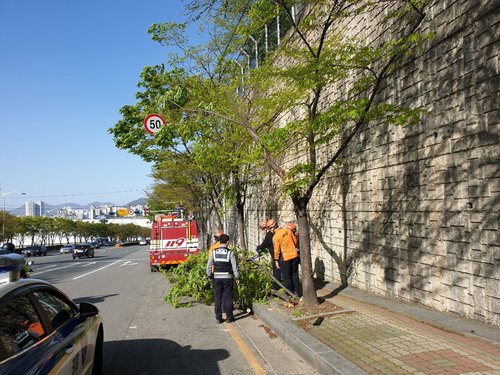 Strong wind alerts issued for most parts of South Korea

Strong wind alerts issued for most parts of South Korea