SEOUL, April 22 (Yonhap) -- South Korea reported yet another single-digit increase in new cases of the coronavirus Wednesday in a clear sign of a slowdown in new infections, bringing the nation's total infections to 10,683.

The country detected 11 new COVID-19 infections, marking the fourth day in a row that the country's new virus infections stayed below 15, according to the Korea Centers for Disease Control and Prevention (KCDC). 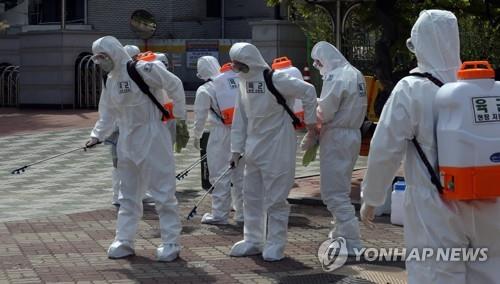 Starting Monday, South Korea applied a relaxed social-distancing advisory to some facilities, including gyms and cram schools, as the number of new COVID-19 infections here showed clear signs of slowing down.

South Korea announced it will maintain the social distancing drive until May 5, but it will ease some rules under conditions that such facilities comply with safety measures.