SEOUL, April 22 (Yonhap) -- The ruling Democratic Party (DP) on Wednesday continued to press the main opposition party over its changed stance on doling out funds to minimize the economic fallout from the coronavirus pandemic, as President Moon Jae-in called for an early conclusion of the matter.

In a meeting with his top aides, Moon stressed the need to resolve the issue as early as possible, given the importance of speed in implementing the emergency measure, according to a Cheong Wa Dae official.

In its efforts to prop up consumption, the government earlier drew up a plan to give out emergency relief funds to households whose income falls in the lower 70 percent bracket. Under the criteria, four-person households would be eligible for a 1 million-won (US$808) payment.

The political squabble goes back to their campaign bids announced in the run-up to the April 15 general elections.

Former United Future Party (UFP) leader Hwang Kyo-ahn proposed paying 500,000 won to everyone regardless of their income, while the DP suggested keeping the 1 million-won amount and scrapping the 70 percent threshold.

The government, meanwhile, retained a cautious approach, raising the need to "save some room for the additional role of fiscal spending and issuance of state bonds."

Situations changed after the election, in which the DP clinched 180 seats in the 300-seat unicameral National Assembly. The main opposition won just over 100 seats.

The UFP shifted its stance to side with the government, claiming that expanding the plan to everyone will have limited impact on boosting consumption and hurt the country's fiscal soundness.

On Wednesday, DP floor leader Lee In-young called on the UFP to clarify its stance change prior to and after the election. 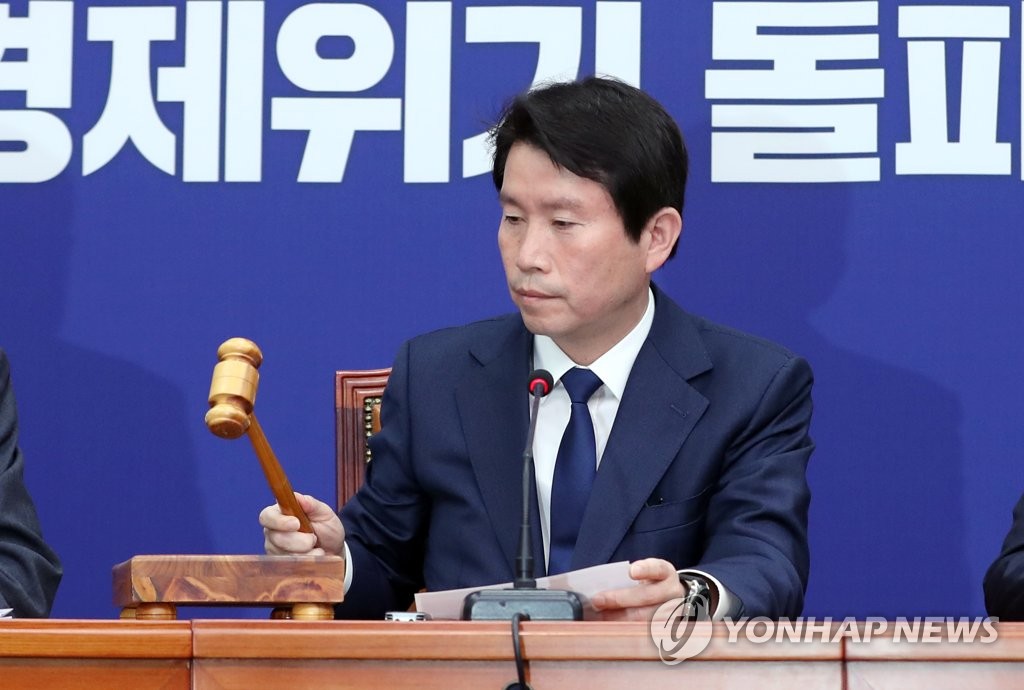 "The UFP should clarify its ultimate stance on the emergency disaster relief funds," DP floor leader Lee In-young said in a party meeting at the National Assembly.

The UFP's floor leader Shim Jae-chul hit back, calling on the DP to align its stance with the government.

Shim also raised concerns that expanding the relief funds by issuing state bonds may later add debt burden for the next generation.

To counter concerns over budget health, the DP on Wednesday afternoon came up with a revised plan on paying all citizens but encouraging high-income earners to make voluntary donations.

In a statement, Prime Minister Chung Sye-kyun welcomed the development, saying the government will accept the updated proposal if the rival parties reach a consensus. 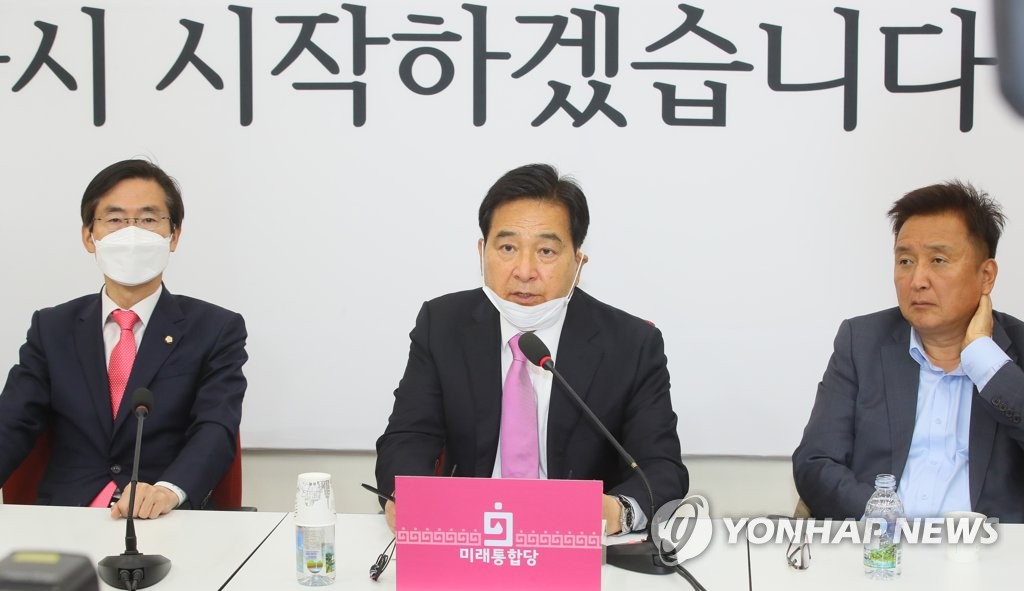