SEOUL, April 22 (Yonhap) -- An exhibition highlighting Korea's 5,000-year history and rich cultural heritage kicked off at a museum in Seoul and online Wednesday. 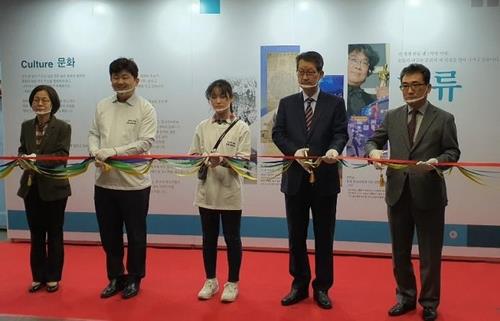 This year's exhibition is mainly intended to support and encourage South Korean youths' efforts to shift rising global attention to "hallyu," or the Korean Wave, to the importance of Korean history and culture.

The scale of the offline exhibition was greatly reduced this year in accordance with the ongoing social distancing campaign aimed at curbing the coronavirus outbreak.

All visitors are asked to wear masks and maintain a distance from others. In addition, docents will not be available at the exhibition venue. 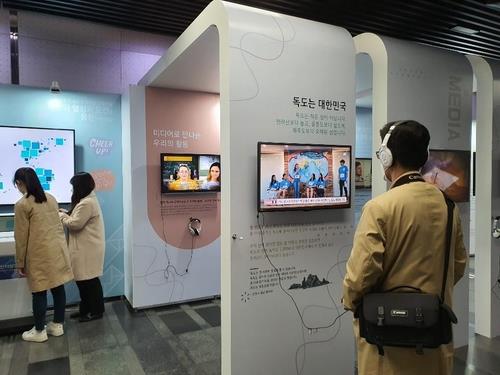 On the other hand, the online exhibition was strengthened, offering detailed explanations on all exhibition contents at the official website, www.prkorea.com/brandup. English explanations are also available.

The opening ceremony was also scaled down, with the planned invitations of VIPs canceled. A docent's explanation of the exhibition contents to Yonhap News CEO Cho Sung-boo and VANK head Park Ki-tae was broadcast live in Korea and abroad via a YouTube channel, www.youtube.com/user/prkorea/videos. 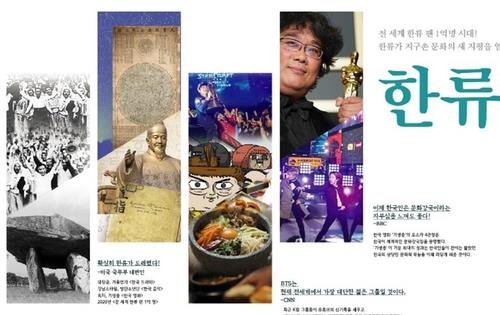 Park said the exhibition is expected to help widen the world's understanding of Korea's brilliant history and culture extending over 5,000 years.

"Korean dramas, music and movies are sweeping the world. But people around the world are showing strong interest only in Korean pop culture and do not know Korea's long history and culture well. They will be able to confirm Korea's brilliant history and culture through this exhibition," the VANK head said at the opening ceremony.

In his congratulatory address, Cho praised VANK and its members for having played a vanguard role in correcting distortions of Korean history and promoting Korea's brilliant legacy and history, as well as spreading the Korean Wave all over the world.

"VANK has achieved particularly great results in correcting wrong information about Dokdo and the East Sea in foreign textbooks and magazines and on the internet. We hope that youth from VANK will continue to play a greater role in promoting Korea's history, territory and culture and global harmony," Cho said. 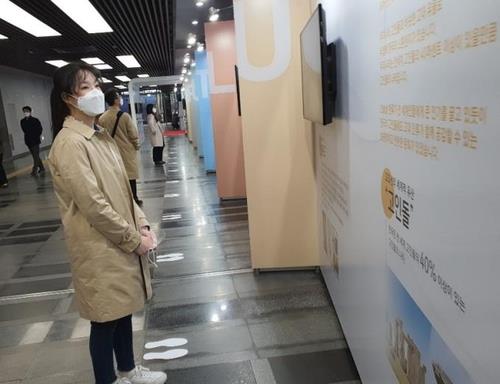 This year's exhibition consists of a prologue introducing foreign media evaluations of hallyu, a media zone and seven sections whose initials come from the word "culture."

The "Creative" section features a world map upside down, and the "Universality" section compares prehistoric dolmen on the Korean Peninsula and the Stonehenge, a prehistoric monument in Britain.

The "Union" section displays the Unified Map of Territories and Capitals of the States, which was produced by the Joseon Dynasty in 1402. The "Restoration" section promotes the March 1, 1919, Independence Movement, while the "Environment" section offers a comparison between France's Versailles Palace and Seoul's Changdeok Palace.

The media zone features Yonhap News articles introducing youths from Belgium, France, Britain and the United States who have worked at VANK as interns to promote Korean cultural heritage.

(LEAD) 2020 National Brand Up Exhibition opens in Seoul and online

(LEAD) 2020 National Brand Up Exhibition opens in Seoul and online