The Pentagon also released a joint press statement, saying that Seoul and Washington reaffirmed that KIDD continues to play a "critical role" in coordinating defense policies between the allies.

"They also pledged to continue close communication and cooperation to maintain and strengthen the combined readiness posture of the ROK-U.S. alliance, which serves as the linchpin of peace and stability on the Korean Peninsula and the Northeast Asian region," it added. 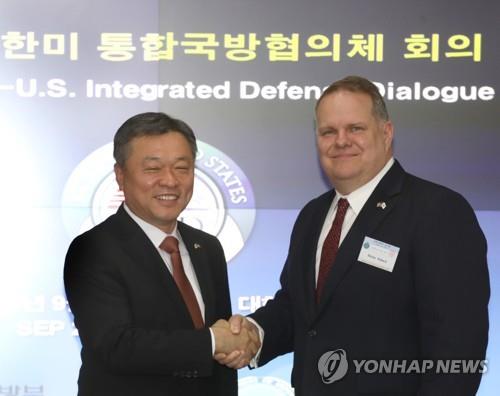