SEOUL, April 22 (Yonhap) -- It's still early in the experiment, but South Korean baseball managers aren't sure if the in-game interview from the dugout will really work.

The preseason is under way in the Korea Baseball Organization (KBO), with the regular season, delayed by the coronavirus outbreak, set to begin May 5.

To stir up more interest, the KBO got managers to agree to be interviewed on television during games for the first time. It's a common practice in Major League Baseball (MLB), and the KBO is hoping managers can take TV viewers behind the scenes from the dugout, especially with all preseason games and early regular season games to be played without fans in attendance. 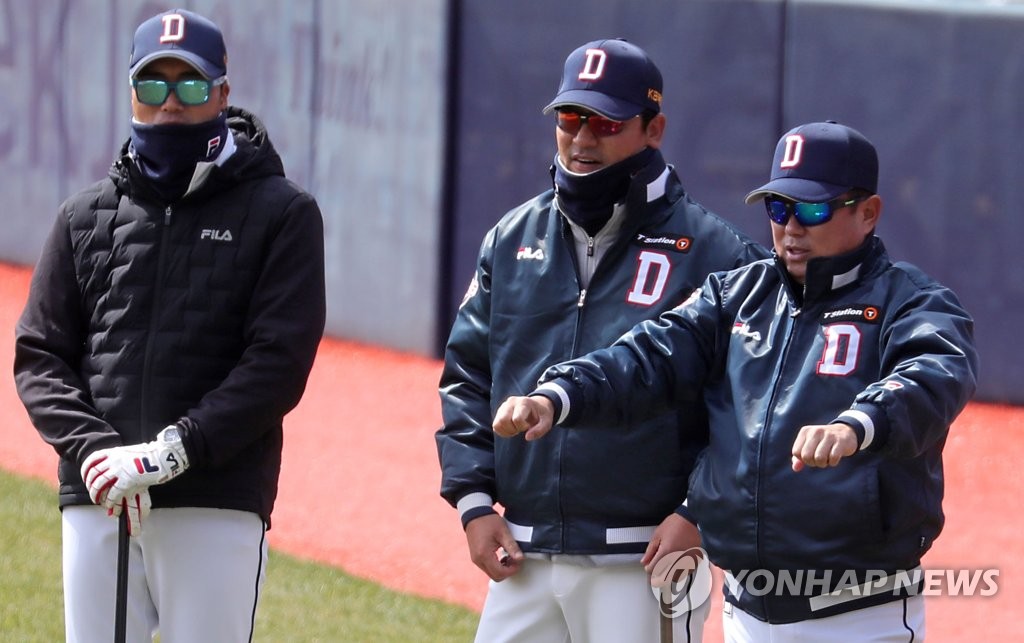 During the regular season, KBO teams typically play a pair of three-game sets each week. In-game interviews will be conducted twice during a three-game series -- once each for the home manager and the visiting manager -- before the top of the fourth inning.

TV stations are doing their test runs this week. Three managers were interviewed Tuesday, and Doosan Bears' Kim Tae-hyoung, whose team will host the Kiwoom Heroes on Wednesday in Seoul, will soon join the list.

In his pregame media availability at Jamsil Stadium, Kim expressed his misgivings about being interviewed in the middle of a game.

"We've never done this before, and I don't know if I'll be able to concentrate on the interview," Kim said. "There's really not that much we can say in an interview like this."

Kim, who's known for candor that's rare among his ranks, quipped, "If (broadcasters) decide it's really not that fun, maybe they'll stop doing this."

LG Twins manager Ryu Joong-il was one of the three interviewed during Tuesday's game. In just over a minute, Ryu was asked about his new import hitter Roberto Ramos and his starter, Cha Woo-chan. There just wasn't enough time for him to provide much insight. 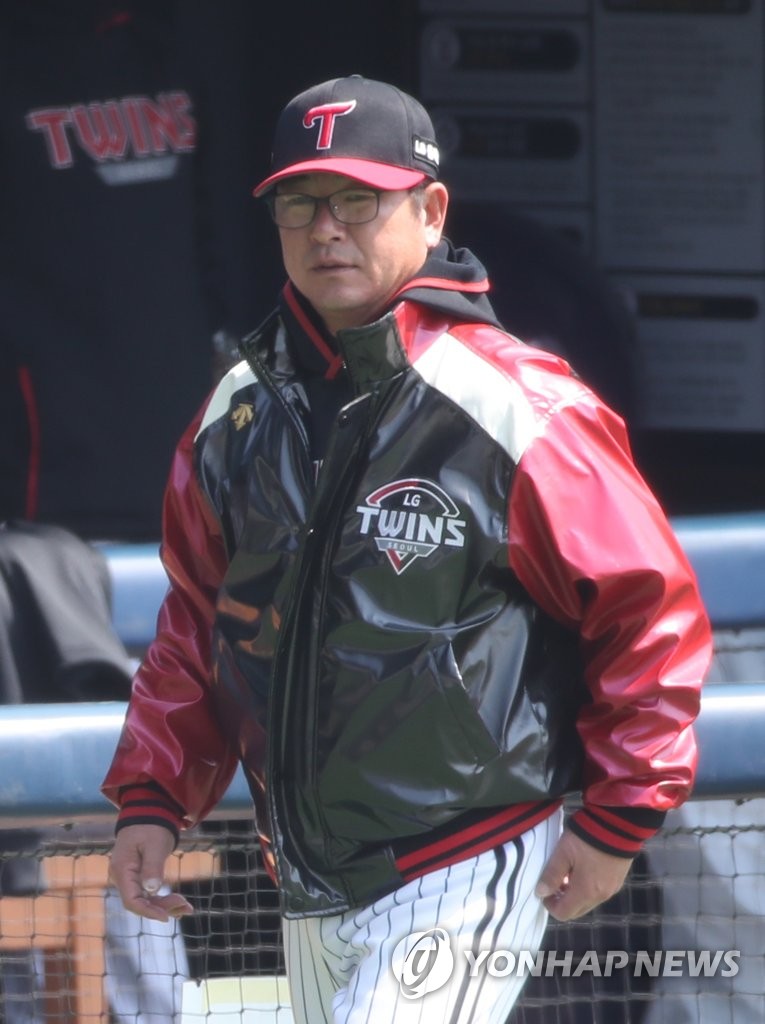 "I did it once during an intrasquad game (earlier in April), and much like back then, I didn't really have much time to answer questions in depth," Ryu said after the game. "I don't think these interviews are really living up to our fans' expectations."

KT Wiz manager Lee Kang-chul kept his cards close to his vest during his 70-second interview. Young slugger Kang Baek-ho, normally an outfielder, started Tuesday's game at first base. When asked if this means Kang will see more time at first base during the regular season, Lee chuckled and said, "We'll see what happens."

It was just the type of questioning that would have made this in-game interview accomplish its intended goal. If Lee had said something to the extent of, "Kang will play first base from time to time but he's an outfielder first," then it would have given fans watching at home at least some insight.

Managers are understandably wary about revealing too much of their planning. It showed in an interview with NC Dinos skipper Lee Dong-wook Tuesday evening. Though he had the longest televised interview that day at about two minutes, Lee managed to talk without saying much.

The league and the broadcasters are still waiting for a buy-in from managers.